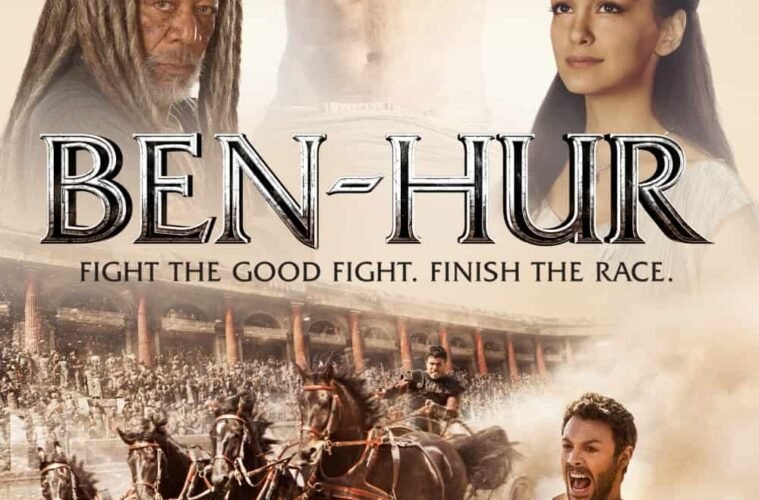 BEN-HUR is a cinematic masterpiece from 1959 starring Charlton Heston, which has now been re-imagined for the big screen in 3D.

Story-line goes like this. Prince Judah Ben-Hur grows up in Jerusalem with his adopted brother Masala, who turns against him. Masala joins the Roman Army. Turns into  a right douchebag (even more than before). Oh yes and sentences his brother to 5 years incarceration on board as a slave. Judah then of course escapes and seeks revenge for what Masala has done to his family. It does have a happy ending (of sorts).

The opening of the new film tries to condense this all into one powerful summary as they tease out the lines ‘We have different gods Masala’ and ‘You’re my brother, always my brother’ to cement the over-arching themes for the film. Don’t miss the first 5 minutes.

What didn’t quite work was the re-telling of the stories of Ben-Hur and Christ in parallel.

Yes, Christ is beautiful, and kind, and we see various stories of his goodness which really gets on the nerves of the Romans.

The lives of ben-Hur and Jesus intertwine and for a second they almost mirror each other.

However in the original film, when Ben falls to the floor when the Romans refuse him water, he first asks God for help before Christ saves him offering him water.  In the remake, we see that his wife follows Jesus and his teachings, but that connection just seems lost in translation and that their paths simply cross. It just looks like Ben-Hur and Masala will just have to work this out for themselves the hard way.

‘My life I give of my own free will’ – Jesus of Nazareth.

Ben-Hur was a box office triumph when it came out in 1959 winning 11 Academy Awards.  It was always going to be a massive undertaking remaking an original such as this. A battle between slave galleys is especially good – and the chariot race – 10 minutes long, like the 1959 one – are the two masterpieces of the films.

‘You owe me for your life. I expect that to be paid’ – Ilderim.

At the end of the movie there seems to be a stream of flashing imagery and a flourish of phrases assigned to Morgan Freeman.

Perhaps the director Timur Bekmambetov just felt he had to try to get some serious messages across to an audience they probably usually target with the Fast and Furious. Or ran out of time.

The fate of Ben-Hur’s mother and sister in the leprosy colony –  ‘a fate worse than death,’ – is underplayed in the film.  More to show how they are miraculously cured when Christ dies.

If it hadn’t been Morgan Freeman talking I would have walked away finding the ending of the film a bit saccharine sweet but you can’t knock him or THAT voice.

The verdict: It was always going to be tough remastering a biblical classic with Charlton Heston playing the lead role.This film is cast well.  Morgan Freeman (Ilderim), Jack Huston (Judah Ben-Hur), Toby Kebell (Messala Severus), Rodrigo Santoro (Jesus) and Nazanin Boniadi (Esther) are beautiful. I wish I had been brought up in those times if everyone looked like this.

However, as much as this film isn’t that bad, it won’t get the accolades this Oscar season.