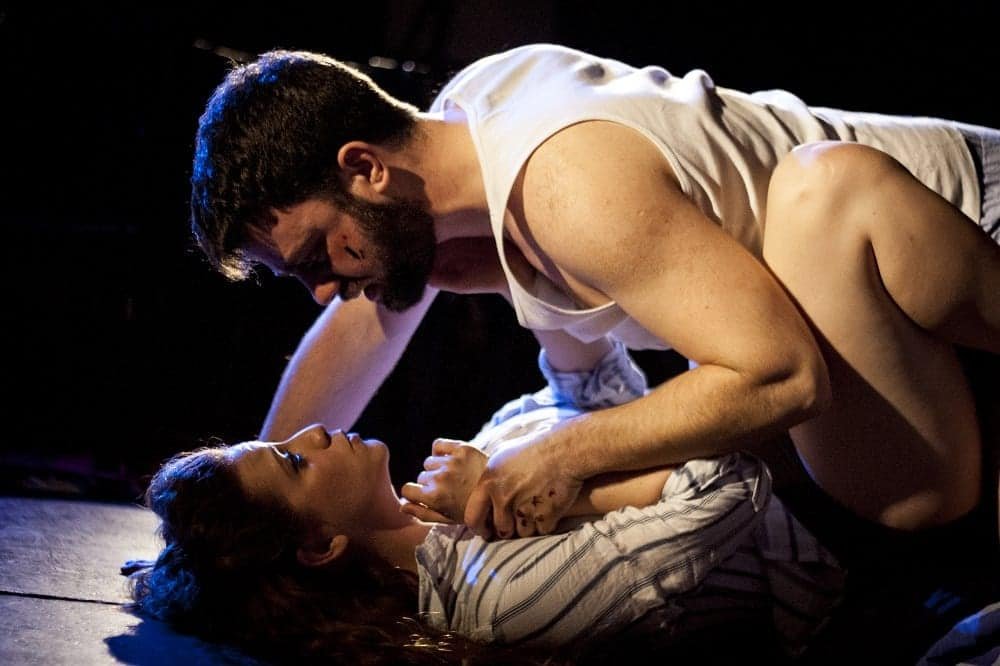 Danny and the Deep Blue Sea

Danny and the Deep Blue Sea

John Patrick’s Danny and the Deep Blue Sea opens tomorrow night at the Old Red Lion Theatre, 8th June. It’s not often we treat ourselves to something out of the norm. Cinema, meals out, drinks even all seem a luxury these days. However, there is something magical about a night out at the theatre. To immerse yourself in another world for a few hours. So take a look at this which we have found in the heart of London, produced by Gareth who also stars in the lead male role.

Following a critically acclaimed run at Theatre N16 last year, Gareth O’Connor will reprise the titular role of Danny in John Patrick Shanley’s Danny and the Deep Blue Sea and will be joined by Megan Lloyd-Jones in the role of Roberta.

Directed by Deputy Artistic Director of Theatre N16, Courtney Larkin, the production will open at the Old Red Lion Theatre on 6 June and run until 24 June.

On bringing the production back to London O’Connor says: “This play is a perfect storm: a dream for an actor to play and a delight for an audience to watch. Connecting with a great character written by an Irish New-Yorker feels pretty special so I’m bringing it to a larger audience to show London theatre-goers just how great it is”.

The play follows two castaways, Danny and Roberta.  They fight their way to each other in a sea of hardship, and cling violently for a chance at the happiness afforded to most but denied to them. Set against the backdrop of a rundown bar in the Bronx, John Patrick Shanley’s play is explosive. Deeply affecting the study of alienation and the redemptive power of love. Here lie the ingredients that make us human: the need to be heard, understood, loved and accepted. And the fear of not being any of them.

New York is many things, but forgiving is not one of them.

Megan Lloyd-Jones is reprising the role of Roberta. Recently graduating East 15 her theatre credits include Fear and Misery of the Third Reich (Tristan Bates Theatre).
Courtney Larkin directs and is Deputy Artistic Director at Theatre N16. Recent directing credits include Satisfied (Theatre 503), Why Women Don’t Like Me (Southwark Playhouse), The Resurrectionist (The Etcetera Theatre) and Stroke Girl (Tristan Bates Theatre).

Where can I get tickets?

Danny and the Deep Blue Sea runs from the 6th-24th of June at The Old Red Lion.