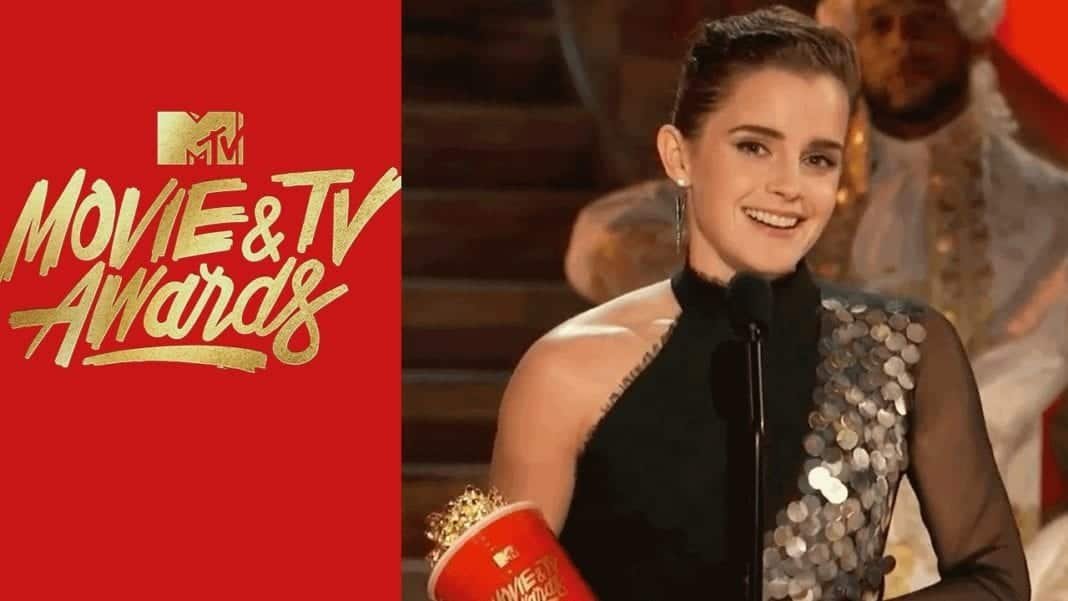 MTV awarded their first acting award ever that celebrates performance free of gender distinctions. It seemed fitting it went to Emma Watson for her role in Beauty and the Beast. “Billion’s” star Asia Kate Dillon presented the first award of the night to Emma Watson.

“I feel I have to say something about the award itself,” she began. “The first acting award in history that doesn’t separate nominees based on their sex says something about how we perceive the human experience”.

“I think I’m being given this award because of who Belle is and what she represents. The villagers in our fairytale wanted to make Belle believe the world was smaller than the way that she saw it, with fewer opportunities for her. I love playing someone who didn’t listen to any of that.”

Emma who is well-known for her role as Hermione in the Harry Potter films is a feminist campaigner and UN Women Global Goodwill Ambassador.

I’m so proud to be part of a film that celebrates diversity, literacy, inclusion, joy and love the way that this one does.

The discussion about this award and Emma’s speech continued on twitter and morning TV on the awards, and the next day. Whatever your opinion, Emma is a great role model for girls everywhere and deserves recognition for such an accolade from MTV.