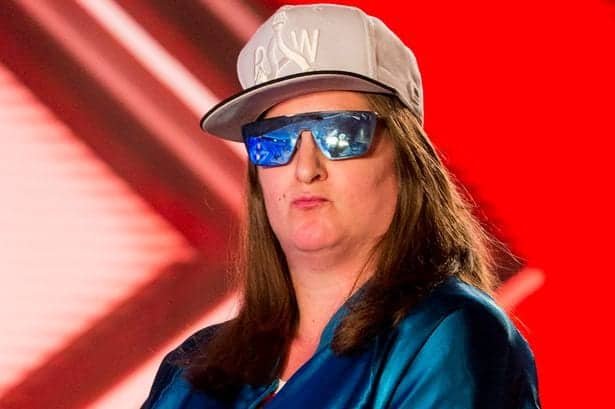 hONEY G is the act this year which has stirred up social media with her performance. The glasses, the dancing, Honey G’s video has amassed nearly half a million views already.

We thought we would find out more about the girl behind the glasses. And the moves.

Easily spotted in her trademark blue glasses and jacket.  Her signature moves got the judges dancing!

Her performance divided social media, some people wanting her to win whilst others wondered if she was for real.

Going through to Bootcamp

Honey G is the real deal

Anna has written and produced her own tracks including “Your Loving” which is available to buy on iTunes.

Blown away by all of the support, the Daily Star promoted the single on iTunes.  Others called on Stormzy to collaborate with the new-found starlet and a social media campaign has begun in earnest to make her Number 1 for Christmas!

What inspired the name Honey G?

It was a friend at University who suggested the name after saying it was ‘sweet like honey’.

The real inspiration which was the driving force behind her pursuing a career as an Urban artist was the death of her grandmother. Anna  posted this moving clip on to her personal twitter page where she said losing her grandmother deeply affected her, which made her ill. It was her grandmother who encouraged her to become a musician artist.

Speaking to The Mirror, she said: ‘Me coming into the competition is like a breakthrough – the judges need to wake up to that. This isn’t a joke.

Vote for honey g to win the x-factor!