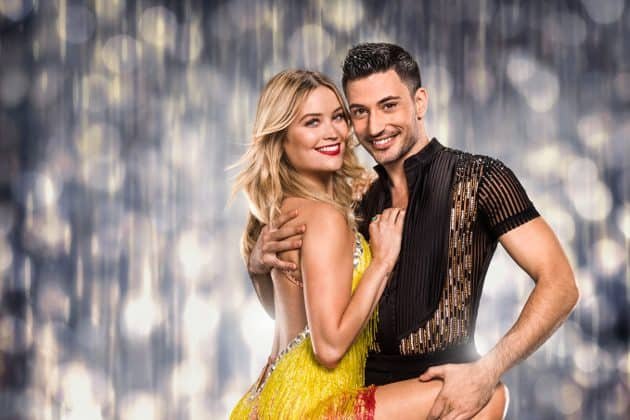 I’m definitely watching Strictly Come Dancing this year. Working with the beautiful Laura Whitmore and charismatic Melvin Odoom at MTV, these two alone will bring a great mixture of professionalism and fun to what has become a fantastic series for weekend watching.

I met Laura when she first started working at MTV.   She was instantly likeable, lovely, loyal and has not changed at all.  Laura will definitely bring glamour to Strictly this year and some Irish humour.

Laura comes from Bray in Ireland.  She studied journalism before winning the opportunity to become a MTV Presenter through a competition MTV Pick Me competition ran with myspace

She has also appeared on various other shows including Celebrity Get Me Outta here! and The Brits

Laura is also a model (think you can tell)

Not only is she intelligent and beautiful, but she is also patron for charities and has spent much of her time working for PETA, the Prince’s Trust and Free the Children.  She is also Brand Ambassador for Plan International Ireland’s Because I am a Girl campaign sponsoring a child.

She owns the most beautiful dog called Mick (How cute!)

Laura has her own jewellery line inspired by music with Daisy London.  You might want to ask for one for Christmas this year.

“I have watched Strictly and been obsessed with the show since series 1. It’s an incredible show and I feel so honoured to be asked to part of it. I’m not going to lie, I’m slightly petrified too!”

Melvin has been presenting Kiss Breakfast with Rickie and Charlie since 2007.

I met Melvin working for MTV. I loved listening to him with Rickie on KISS and thought he was fantastic.  Unbeknown to him at the time I was organising The Hills super-fan event for MTV and brought KISS on as a promotional partner so that Melvin, Rickie and Laura presented that show.

Melvin will do anything for a laugh so hope this leading lady will embrace his personality in this series.

Think we will see alot of that chest this series….

Melvin is a true media professional

Melvin has been working in radio and TV for many years, studying in Bedford with this co-host Rickie before moving into media. With a degree in media performance Melvin has come moves he can bring to Strictly!

Melvin has also presented The Xtra Factor with Rochelle Humes and made his primetime debut on ITV with Bang on the money partnering with his long-time co-host Rickie Haywood-Williams.

I’m looking forward to learning some new moves of course….but basically it’s the sequins that clinched it for me