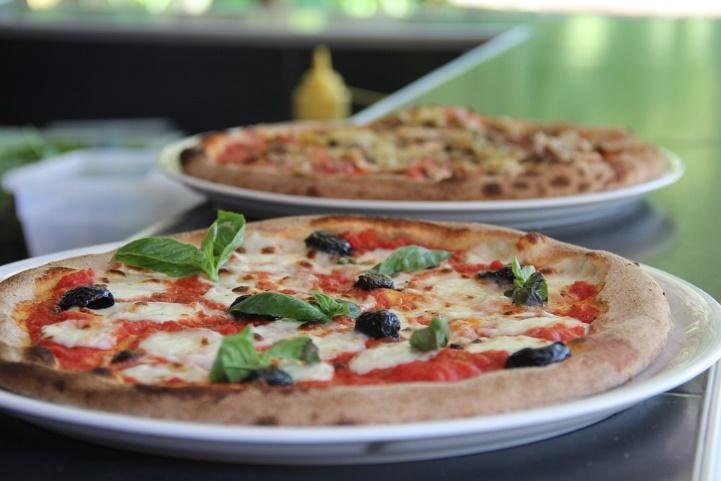 The European nation of Italy is renowned for a number of things – fine art, historic architecture, and, of course, the culinary scene. Italian cuisine is already popular in itself but each of the cities in the country adds its own flair to their local food. One of the most celebrated and delicious regional cuisines in all of Italy is that of Naples. Referred to locally as Napoli, Naples is the capital city of the Campania region in Italy and is the country’s third-largest city (after Rome and Milan).

The city boasts a thriving food culture and its regional cuisine is one to look out for (think Neapolitan pizza and Neapolitan ice cream). In fact, the locals are quite proud of their food; aside from Italian staples such as pizza and pasta, you can also easily get fresh seafood and delectable vegetable dishes in the city. While there are literally hundreds of restaurants to choose from, we’re able to narrow it down to our top 8 Italian restaurants in Naples to try when visiting the city. (Pro tip: Leave your bags at a luggage locker in Naples for a seamless dining experience.)

You simply cannot go to Naples and not have a slice (or five!) of the well-beloved Neapolitan pizza and some would argue that the best place to get is at Sorbillo. Located in Via dei Tribunali, which is known for its abundance of pizzerias, Sorbillo is a no-frills pizzeria with a cult-like following. The street-front stall is run by legendary pizza-maker Gino Sorbillo, whose reputation goes beyond just his pizza-making skills.

As you can expect, the store can get really crowded, which should really come as no surprise given its popularity. Customers can choose to eat at the tiny seating area or buy pizza to go. While Sorbillo has since branched to other Italian cities and even in the United States, nothing beats having pizza in the place where it all started.

Arguably the most renowned trattoria in all of Naples, the Trattoria da Nennella is a dining institution in the city and one that you should try when visiting. While you might find the service here a little haphazard and chaotic, it is all part of this restaurant’s charm.

The trattoria serves traditional, home-cooked meals such as their signature pasta e patate alla Napoletana, pasta ragu, and roasted pork with a green salad. Eating at da Nennella is the closest you’ll get to having a homemade-style meal prepared by mamma that the locals always brag about.

If you’re looking for traditional Neapolitan cuisine in classic family-owned trattorias, then the Spanish Quarter is the place to go to in Naples. Right on top of the list is Osteria della Mattonella, owned and operated by the La Marangio family. This eatery has been serving Neapolitan classics since 1978.

Boasting an interior filled with 18th-century green and blue majolica tiles, this cozy restaurant serves up some delicious, home-cooked Italian fare, with bestsellers such as the polpette (meatballs), pasta e provola, and their version of the zucchini alla scapece.

If there is one pizzeria in Naples that could rival the fame and status of Sorbillo, it would have to be Da Michele, located in Via Colletta, just outside the city center. Operating since 1870, the pizzeria already has a loyal following but gained even more popularity after being featured in the novel Eat, Pray, Love.

There are only two varieties of pizza available here – the Margherita (mozzarella, tomato, and basil) and the Marinara (garlic, tomato and oregano) – but we guarantee that you will not get tired of eating them over and over. Much like Sorbillo, the line at Da Michele can get really long and crazy; expect to line up at least half an hour if you want to try their legendary pizza.

La Taverna dell’Arte is an upscale restaurant located on a small street near the University of Naples Federico II. This welcoming trattoria is only open during dinner time and boasts an exciting menu that features fresh and modern interpretations of Neapolitan staples, such as frittura and salami for appetizers, fish and meat grilled over wood for mains and quaresimali and babas for desserts.

They also put a lot of emphasis on sourcing the best raw materials and ingredients. No matter what you order at La Taverna dell’Arte, you will surely have a pleasant dining experience.

Situated in the 15th century Palazzo Donn’Anna, with a stunning view of the beach, the Palazzo Petrucci Ristorante is one of the fanciest and most incredible restaurants in Naples. Established in 2007, this dining spot quickly rose to the top of the city’s culinary scene just one year after it opened. Palazzo Petrucci became the first restaurant in the city to be awarded a Michelin star.

The restaurant, which is headed by Neapolitan chef Lino Scarallo, features both an a la carte menu and a degustazioni tasting menu. The dishes served here are mostly Neapolitan favorites that have been reinvented and are all made with fresh and seasonal ingredients. Some of the signature meals that you can expect at Palazzo Petrucci include lasagna with buffalo mozzarella and the paccheri al impiedi.

Headed by famous chef Mario Avallone, who is largely considered a pioneer of Neapolitan cuisine. The La Stanza del Gusto is one of the best places in Naples to have Italian and Neapolitan fare. The menu at this restaurant extends from traditional dishes to more modern and gourmet options.

Last, but definitely not least on this list, is the family-operated restaurant Umberto, found in the Chiaia neighborhood. Opened in 1916, Umberto is a local favorite and one of the best dining spots for authentic Neapolitan fare. The Di Porzio family has been running the restaurant from the beginning and their secret recipes have been handed down from generation to generation.

The atmosphere at Umberto is definitely cosy, which only adds to its charm. The menu offers some of the Neapolitan staples such as salted codfish, eggplant parmigiana, spaghetti, and a variety of pizzas. They also have a great wine selection that contains some of the best Italian bottles in the world.