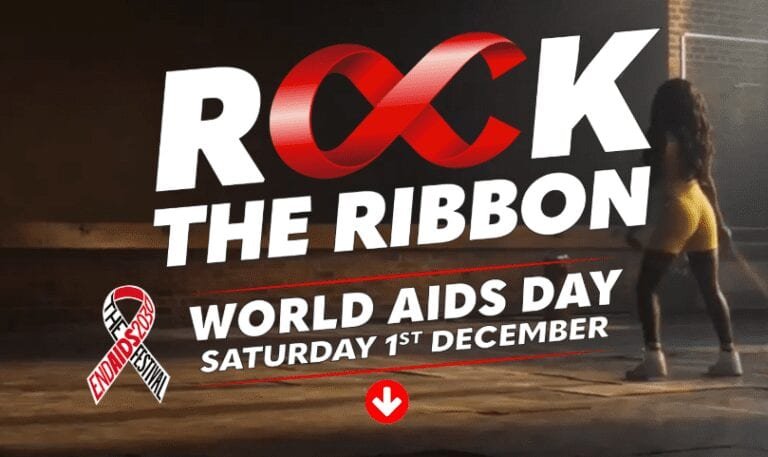 According to the charity National Aids Trust, there are over 101,000 people living with HIV in the UK. World AIDS Day is a chance to show our support and solidarity, as well as raise awareness of sexual health. The Rock the Ribbon campaign asks people to wear a red ribbon – the symbol of HIV awareness. Wearing a ribbon is a great way to raise awareness on and during the run up to World AIDS Day.

In 1991, a decade after the emergence of HIV, twelve artists gathered in a gallery in New York’s East Village. They had met to discuss a new project for Visual Aids, a New York HIV-awareness arts organisation.

It was there that they came up with what would become one of the most recognised symbols of the decade: the red ribbon, worn to signify awareness and support for people living with HIV.

Most people get the HIV virus by:

It is important for us girls in the city is to protect ourselves. Your sexual health is important. Dispel the myths that it is the man’s responsibility to carry condoms. Or that it doesn’t seem ladylike to carry them. If you are going to have sex with someone take responsibility for you. It’s your body so cherish it. If you do slip up, then either seek out your doctor or sexual health clinic. Don’t leave it because you feel embarrassed / too busy / think it might be ok.

So ladies if you plan on having fun this Christmas. Buy (DUREXTM)RED condoms. You will not only help to protecting yourself and your partner, but you will also be contributing to the fight against AIDS.

Durex has announced its partnership with (RED)®, a nonprofit organization, to fight the AIDS epidemic globally. With the collaboration, Durex aims to drive awareness and instigate behaviour change in people towards fighting against HIV/AIDS. It also launched#HaveSexSaveLives initiative, under which a limited edition (DUREX)RED pack has been introduced in India and globally. For every (DUREX)RED pack purchased by a consumer, a part of the revenue will be donated to the Global Fund that fights AIDS.

Durex, will make a minimum donation of $5m over three years to The Global Fund via the (DUREX) RED partnership. The Bill & Melinda Gates Foundation will match Durex’s $5m contribution taking the total to a minimum of $10 million to fight AIDS.

In the words of Sukki Singapora…let’s talk about sex. 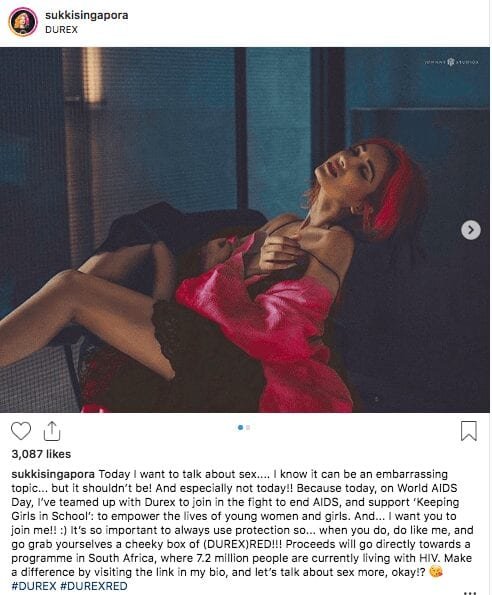