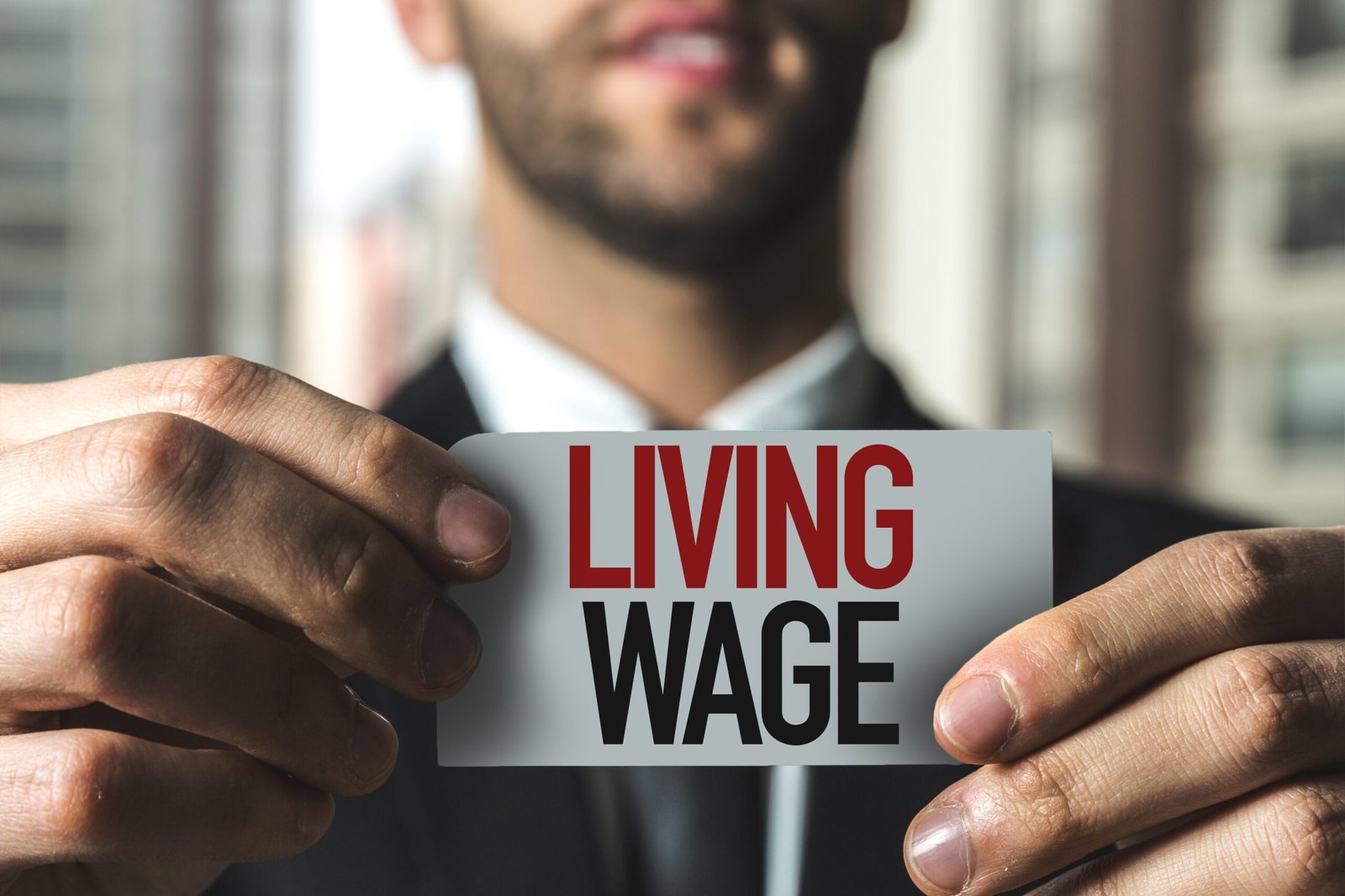 Over 300,000 people working for almost 9,000 real Living Wage Employers throughout the country are set for a vital pay boost as the new Living Wage rates rise to £9.90 across the UK (40p increase), and £11.05 in London (20p increase), supporting workers and families. The Living Wage rates are the only rates independently calculated based on what people need to live on.

This year the movement for a real Living Wage celebrates its twentieth year, with new research from the Cardiff Business School showing Living Wage workers have benefitted from more than £1.6bn in extra wages during this period. One in 13 workers now works for an accredited Living Wage Employer.

Unlike the Government minimum wage (‘National Living Wage’ for over 23s – £8.91 rising to £9.50 in April) the real Living Wage is the only wage rate independently calculated based on rising living costs – including fuel, energy, rent and food. A full-time worker earning the new, real Living Wage would earn £1,930 a year more than a worker earning the current government minimum (NLW). For a worker today that’s the equivalent of 7 months of food bills and more than 5 months’ rent based on average household spending in the UK. Even on next April’s higher NLW rate of £9.50, a full-time worker on the real Living Wage would earn £780 more.

The increase in Living Wage rates this year has largely been driven by rising fuel and rent costs.

Major new Living Wage employers announced today include FTSE 100 construction firms Taylor Wimpey and Persimmon Homes, Fujitsu, food delivery company Getir, and Capita. They join half of the FTSE 100 companies, household names like Aviva, Everton FC, Burberry and Lush as well as thousands of small businesses, who are choosing to pay the real Living Wage to ensure all staff earn a wage that meets the real cost of living. More than 3,000 employers have now accredited with the Living Wage Foundation since the start of the pandemic.

Looking globally, the Living Wage campaign also today launches Living Wage for the US. The first coordinated national effort was set up to ensure that workers across the United States are paid a real Living Wage.

Low pay in the UK

The announcement of the new rates comes as new research by the Living Wage Foundation has demonstrated the scale of low pay during the pandemic, with 4.8 million jobs (17.1% of employee jobs) still paying less than the real Living Wage. Northern Ireland had the highest proportion of jobs paying below the Living Wage (21.3% or 236,000) and the South East the lowest (12.8% or 533,000). [4]

Those from racialised groups were more likely to be low paid – with 19.4% of these workers earning below the LW compared to 16.3% of white workers.

“With living costs rising so rapidly, today’s new Living Wage rates will provide hundreds of thousands of workers and their families with greater security and stability.

For the past 20 years, the Living Wage movement has shaped the debate on low pay, showing what is possible when responsible employers step up and provide a wage that delivers dignity. Despite this, there are still millions trapped in working poverty, struggling to keep their heads above water – and these are people working in jobs that kept society going during the pandemic like social care workers and cleaners. We know that the Living Wage is good for businesses as well as workers, and as we rebuild our economy post-pandemic, the real Living Wage must be at its heart.”

The Archbishop of York, the Most Revd Stephen Cottrell:

“This Living Wage Week, the Living Wage Foundation has announced the new rates that cover what we all need to earn to get by. Their movement will see over 9,000 businesses elect to give their 300,000 workers not only what they need to survive but to thrive as well. The principle behind the campaign for better pay and secure working conditions ought to be a pillar of our new society, and one I hope will be adopted by even more forward-thinking businesses as we look ahead to 2022.”

“I am delighted that Fujitsu has signed as a Real Living Wage employer. This long-term commitment is not only the right thing to do for our employees but also ensures that our suppliers and partners are also planning to align to this for their employees. Fair pay for all employees continues to be relevant for our business as well as the benefits it brings to wider communities.”

“This voluntary commitment is a fantastic example of the direct action we are taking to ensure we remain an employer of choice, committed to do the right thing by our employees, suppliers and subcontractors.”

“I want all our employees to feel valued and fairly paid for the good work that they do. Paying the real Living Wage is an excellent way of demonstrating this. I am therefore delighted we have become a Living Wage Foundation accredited employer and joined what is an important campaign.”

“At Lush, we are committed to a fair wage at all levels of the business and fully support the UK Living Wage Foundation’s approach of a hard day’s work deserving a fair day’s pay. We have been paying the London Living Wage since 2011 and paying all UK staff at or above the “real” hourly Living Wage rate since April 2017. We continue to commit to the rate in tough times because that is when our people need it the most, and it’s the right thing to do. Lush staff are crucial to our success, and they work incredibly hard making and selling our products. Having an independently calculated real living wage rate means that we have a positive step towards staff being able to afford what they need to thrive, not just survive. It also means that the same fair trade commitment we make to our ingredient suppliers is made to our staff and that we can be confident their rates of pay are fair and increase in line with real living costs.”

“At Getir we pride ourselves on being a great employer. As well as paying all our colleagues at least the real Living Wage, with the opportunity to earn more through bonuses, we provide pensions, sick pay, paid leave, insurance and all PPE and electric delivery vehicles.

“It is only right and fair that we do this as our workforce is the most important part of our business and we fully support the Living Wage Foundation for promoting such an important issue.”

“Before joining COOK I’d worked in a pub for two years. I was on minimum wage and I was working at least 50 hours a week to pay the rent. Even though I was working so hard, I started to get in debt. My relationships suffered, and it started to affect my health both mentally and physically.

“However, since coming to COOK, being paid the real Living Wage made all the difference. I could work only 40 hours a week and take home more than when I was working 50 or 60 hours at the pub.

“Gradually my mental health improved, and I also started to live more healthily. I lost 30kg because I actually had the time and money to make real food, eat properly and exercise. My relationships improved as I had time to spend with my friends and made new friends at COOK, too.”

Living Wage Week, from 15-21 November 2021, is a UK-wide celebration of the almost 9,000 employers that have voluntarily committed to ensure employees and sub-contracted staff earn a real Living Wage. This includes half of the FTSE 100 and major household names such as Everton FC, Aviva, Burberry, and Nationwide.

What is the real Living Wage?

The real Living Wage is an hourly rate of pay set independently and updated annually (not the UK government’s National Living Wage). It is calculated according to the basic cost of living in the UK, and employers choose to pay the Living Wage on a voluntary basis. According to the Living Wage Foundation, since 2011 the campaign has impacted over 300,000 employees and delivered over £1.6bn extra to some of the lowest-paid workers in the UK.