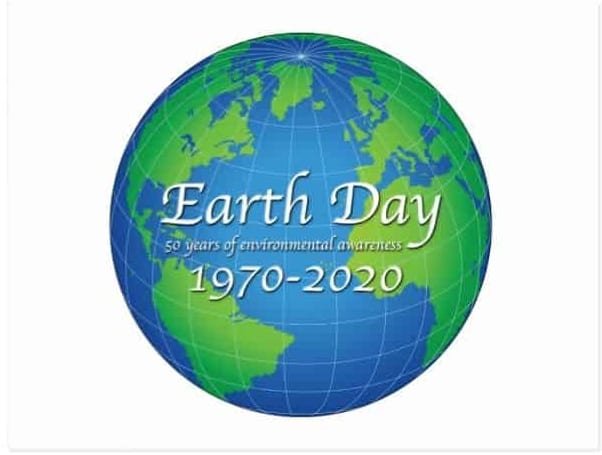 Let’s flood the digital landscape with action — Join the global conversations on April 22!

When is Earth Day?

What is the theme for Earth Day this year?

The theme for Earth Day 2020 is climate action. The enormous challenge — but also the vast opportunities — of action on climate change have distinguished the issue as the most pressing topic for the 50th anniversary.

Climate change represents the biggest challenge to the future of humanity and the life-support systems that make our world habitable.

What is the history of Earth Day?

Earth Day was a unified response to an environment in crisis — oil spills, smog, rivers so polluted they literally caught fire.

On April 22, 1970, 20 million Americans — 10% of the U.S. population at the time — took to the streets, college campuses and hundreds of cities to protest environmental ignorance and demand a new way forward for our planet.

The first Earth Day is credited with launching the modern environmental movement and is now recognized as the planet’s largest civic event.

What was the result of the first Earth Day?

The first Earth Day in 1970 launched a wave of action, including the passage of landmark environmental laws in the United States. The Clean Air, Clean Water and Endangered Species Acts were created in response to the first Earth Day in 1970, as well as the creation of the Environmental Protection Agency (EPA). Many countries soon adopted similar laws.

Earth Day continues to hold major international significance: In 2016, the United Nations chose Earth Day as the day when the historic Paris Agreement on climate change was signed into force.

What can I do for Earth Day?

On Earth Day 2020, we seize all the tools and actions that we have, big and small, to change our lives and change our world, not for one day, but forever.

We may be apart, but through the power of digital media, we’re also more connected than ever.

On April 22, join us for 24 hours of action in a global digital mobilization that drives actions big and small, gives diverse voices a platform and demands bold action for people and the planet.

Over the 24 hours of Earth Day, the 50th anniversary of Earth Day will fill the digital landscape with global conversations, calls to action, performances, video teach-ins and more.

While Earth Day may be going digital, our goal remains the same: to mobilize the world to take the most meaningful actions to make a difference.

No matter where you are, you can make a difference. And you’re not alone, because together, we can save the Earth.

Visit earthday.org on April 22 as we build an Earth Day unlike any other — We’re flooding the digital landscape with live-streamed discussions, a global digital surge, and 24 hours of actions that you can take, right now and from wherever you are.

How you can make a difference

During this pandemic, we can use this time to reassess our current habits and develop new ones that are better for the planet. Below are ways to take action for the planet while social distancing which can be implemented in the long-term.

Being stuck at home allows us to take stock of what we already have, and what we don’t need more of. You might be surprised to find that those jeans you had crammed in the back of your closet are back in style. Knowing what you already have can prevent you from making impulse or unnecessary purchases in the future, thus reducing your consumer footprint in the long-run.

Try some new plant-based recipes — Nonperishable foods, like canned or dry beans and rice, are easy to prepare and nutritious. I always end up making too much and then have leftovers, which makes my next meal easy for me. It’s always important to save leftovers and reduce food waste, and this is an especially good time to be making the most of what you have.

Habitual users* spend £5,080.20 on single-use plastic on-the-go products a year. According to this research, if we switch to reusable products such as a refillable water bottle or coffee cup, we could make a massive saving of £2,397.80! Help save the environment and your finances by carrying a water bottle instead of buying plastic bottles on the move.

– Volunteer to clean up your environment

– Get involved in planting trees

Our volunteer program will be sending out email updates with the latest digital ways to push for climate action. Since Earth Day is going online for the sake of public health, every message will have ways to take action at home, interact with your community online and be solve the climate crisis.