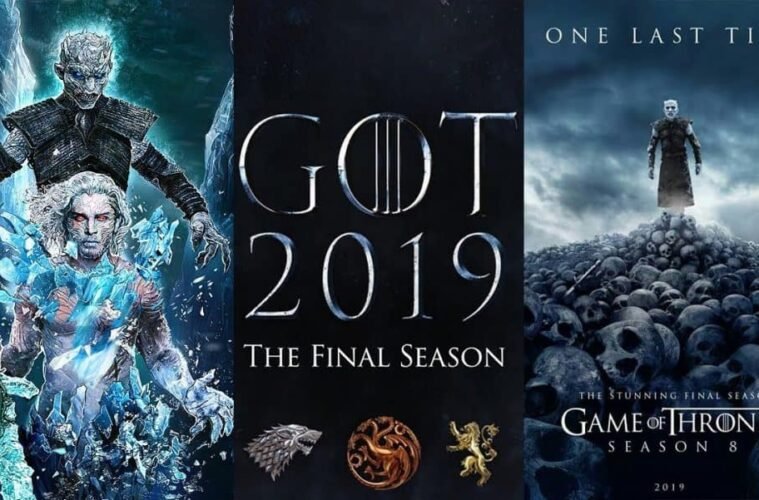 Millions of fans witnessed the opening night (2 AM in the morning if you were in the UK!) of The Game of Thrones.

A record number of people may have called in sick. However, for those MILLIONS of us who watched the finale but made it in – believe me, it was worth it! The opening episode of what is now known as GOT blows you away.

If you have been reading the teasers – thanks Maisie (Aya Stark) – you will have rewatched the very first season before the start of the final season. Many of the storylines hark back to what happened at the start of the Game of Thrones. Family values. History. How the lives of The Starks and the Lannisters are now bitterly entwined. The storylines were cleverly interwoven: both past and present. A rich tapestry of love and betrayal sets the future of the seven kingdoms. In a plotline almost reminiscent of Macbeth, where after regicide comes to the need for nature to restore itself, we wonder how the world of the dead and undead will end.

Key members of the cast such as Emilia Clarke, Sophie Turner, and Lena Headey teased their excitement on Twitter and Instagram in the most eagerly awaited TV seasons finale since Black Friday when Friends ceased.

There’s only one wall that matters

Jon Snow is the main protagonist in the Game of Thrones. Yet it is the women who steal the show. Sansa Stark has matured into a beautiful, yet regal figure who will do anything to protect her family and people. She has probably suffered the most during the series; at the mercy of the show’s two most evil sadists Ramsey and Joffrey. Holding her own when faced with Daenerys Targaryen, Queen of Dragons, Sansa proves to be a true warrior and defender of Westeros. Sansa is described by her sister as, “She’s the smartest person I’ve ever met. I’m defending our family. So is she.” She is no fool and knows that Cersei will renege on her promise to send troops to fight against the Night King.

What unfolds takes us on many twists and turns which Game of Thrones so fondly does. We place ourselves in their hands knowing one minute we could be laughing, the next we are speechless with the horrors and treachery we witness. Whilst this episode is resplendent with humour – “What do dragons eat anyway” and endearing moments such as this between sister and brother, we know that these heartwarming scenes can change in a matter of heartbeats. Which it will inevitably will.

Pheonix rise from the ashes

The women in the series have grown since their former days where they were nothing more than bargaining chips; bought and sold. Hurt, tortured you have seen them fight for survival. Cersei remains a strong figure throughout, but in this scene despite being bitter and hardened through experience. Her deep love for her new baby and desire to protect it, shows her one redeeming quality. The Stark women especially have flourished; strong, assertive, in control yet still capable of such deep love and loyalty. Sansa has elevated to the ranks of Cersei Lannister and Daenerys Targaryen. Each of them has taken their torment and suffering, and have risen from the ashes (although Daenerys literally did do that from the funeral pyre).”What do dragons eat anyway”

“You want a whore buy one, You want a queen, earn one” – Cersei

Sam Tarly is the key to the secret

Sam Tarly really comes into this own this episode. A former gentle soul, he is incredibly distressed to hear that Danaerys killed his father and brother when they wouldn’t bend the knee to her as Queen. Only Bran and Sam knows the truth and it is Sam who is Jon’s closest friend who bears the news that Jon is the actual true king. Personally, I expected a bit more drama from someone who has just learned his new lover is actually his Aunt, but the news of being King obviously is more of a shocker.

“Your mother was Lyanna Stark. Your father, your real father, was Rhaegar Targaryen. You’ve never been a bastard. You’re Aegon Targaryen, true heir to the Iron Throne.”

Despite insisting “Daenerys is our queen.” Sam continues to convince Jon of claiming his true title saying that “She shouldn’t be. You gave up your crown to save your people. Would she do the same?” We wonder how Danaerys will take this revelation if Jon steps up to tell her. We know it won’t be well.

Juxtaposition of light and dark

The juxtaposition of humour with pure horror is so Game of Thrones it is pure genius. In a scene so horrific we didn’t think would surpass the Red Wedding, we see a dead young Ned Umber, pinned to a wall with dismembered parts surrounding him. It is this juxtaposition which is the very essence and art of the Game of Thrones. We have enjoyed the beautiful moments. Yet anticipate the worst. We are still shocked and horrified when these moments do come to pass.

The Season Finale proved to be a nostalgic look back at Episode one with central characters; you feel empathetic with the characters. They have survived. There is hope for the future. Love prevails. Jon Snow and Danaerys are in love, yet the truth is destined to set them apart (although incest is quite common in the 7 kingdoms). You feel the anticipation of what is about to come…and ending with this horrific scene acts as a reminder that the BIG WAR with the Night King is coming…Winter is here.