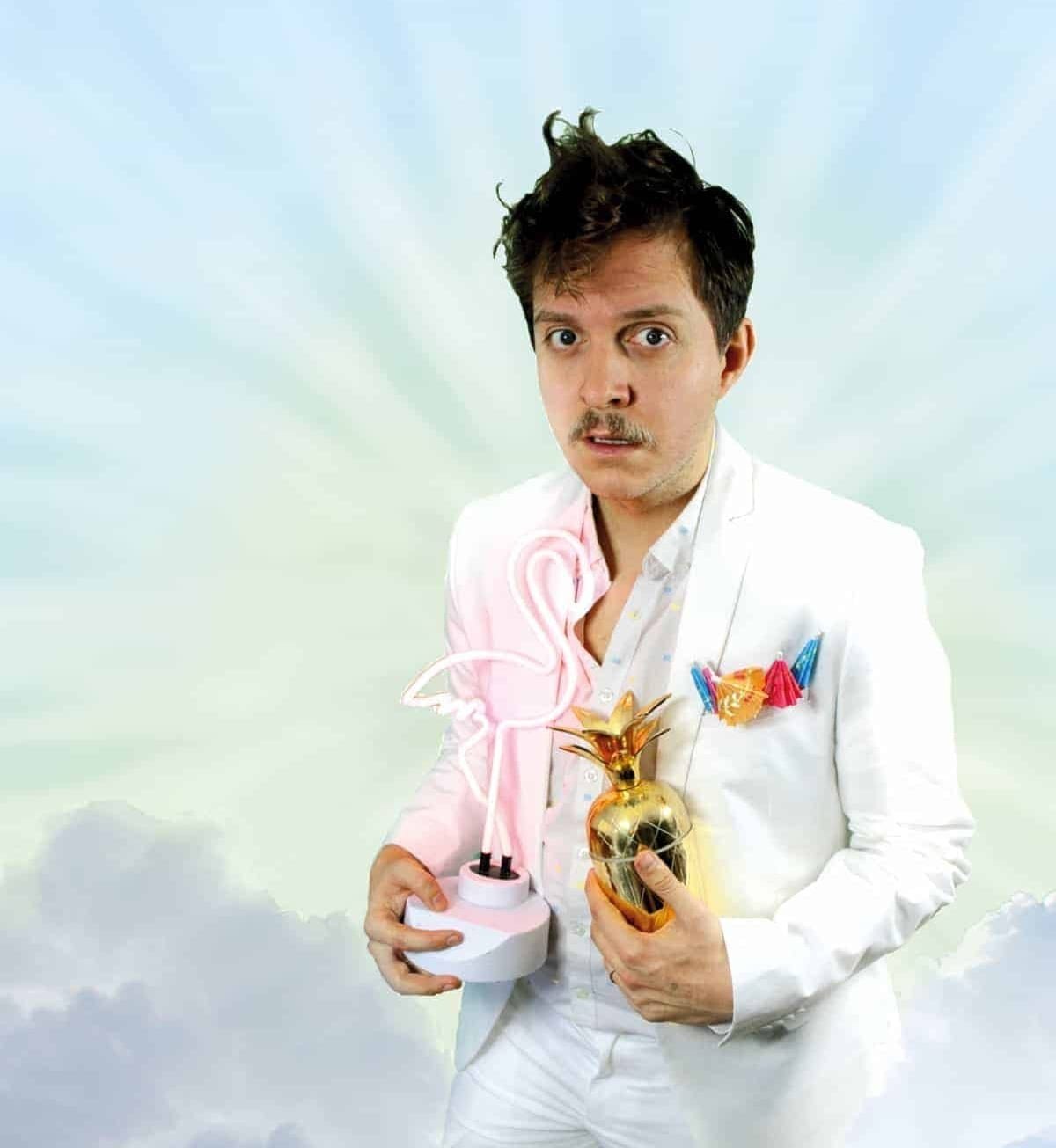 Joey Page: Afterlife (An idiot considers a series of distractions before death)

To celebrate a decade performing at the Fringe, award-nominated Comedian Joey Page returns this year with his tenth brand new comedy show.

“A show with charm, a performer with a strong handle on his craft, and an hour of joyful escape” Edinburgh Festivals Magazine

Joey has come to realise that his life is spent distracting himself so that nothing he needs to do ever quite gets finished. However, no amount of procrastination is going to delay the arrival of the existential mid-life crisis that is currently hurtling towards him. And he’s only 31…

He’s started praying that the afterlife really exists so he won’t have to worry so much about wasting time in this one.

A delightfully odd show about John Lewis, atheists, dinner parties, hipsters and his disdain for the feckless screen-obsessed youth.

Joey Page is a highly inventive and exciting live performer whose career in stand-up began in 2005. He has been performing at the Edinburgh Festival Fringe since 2008.

As a comedian, his skill at finding the absurd in the mundane has helped him to get nominated for The Malcolm Hardy Award as well as a nomination for Perth Fringe Best Comedy Award 2018.

He has supported Josie Long, Tony Law and The Mighty Boosh on tour and has also starred in Nevermind the Buzzcocks, BBC 3 Comedy Presents and Noel Fielding’s Luxury Comedy.

Joey also has his own radio show on Fubarradio where he is championing new and alternative music.

“FANS OF THE SURREAL AND RIDICULOUS WILL LOVE THIS” Chortle