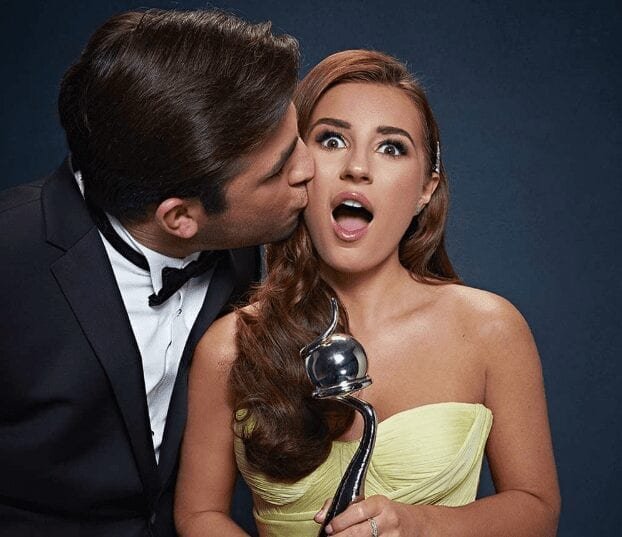 The 24th National Television Awards took place last night, hosted by Dermot O’Leary at The O2 Arena in London. One of the highlights in the TV calendar. A few of the jokes fell a bit flat during the show. However firm favourites won on the night, with Peaky Blinders finally getting the recognition it deserves!

“I’ve got him back now, and now we’re back together”

Ant & Dec won Best Presenter Award for the 18th year in a row last night at the National Television Awards. Whilst everyone loves the Geordie duo. It didn’t go amiss that Holly had filled in for Ant on Celebrity, Get me out of here this year during Ant’s year off and didn’t win the gong for Best Presenter. Anyone who watches Good Morning and her heartwarming antics in the jungle adore her.

“The BBC still holds a heart in the place of the British people.”

An incredible talent, David took to the stage and praised the BBC – on ITV. He also praised the very talented Stacey Dooley, who as well as being the winner of Strictly Come Dancing, is a talented journalist. David Dimbleby was honoured at the National Television Awards just weeks after he stepped down as chair of Question Time.

Jack & Dani looked incredible together at the NTAs. Rumours were that producers were looking for them on the night as they were looking for the bar together. Yet they looked fantastic on the red carpet and who wouldn’t in their shoes?! #RelationshipGoals

Did you spot Stephen Bailey in the spot from Corrie last night!? We think this will be the first of many NTA appearances.

Check out all of the winners from the 2019 National Television Awards.

I’m A Celebrity, Get Me Out Of Here!

Paul O’Grady: For The Love of Dogs