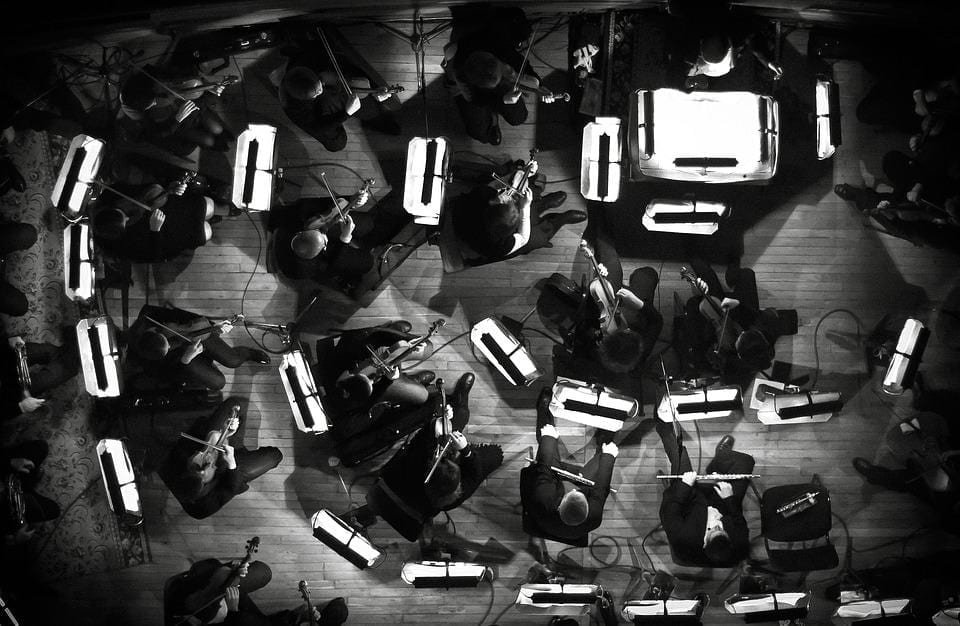 Orchestral music has been a cultural lifeline in the home during isolation. Lifting people’s spirits, helping with mental wellbeing, it has proved to be conducive to home working and studying.

A new study by the Royal Philharmonic Orchestra (RPO) asked adults about their engagement with orchestral music during the period of home isolation.

Furthermore, the new RPO research suggests that younger people have been most likely to enjoy the genre during the lockdown. The abundance of online streamed concerts making orchestral music more accessible than ever.

At a time of great concern over the mental health impact of home isolation on families across the UK. This new research also suggests that orchestral music has done more than help people to pass the time. 65% of people that listened to orchestral music during isolation cite tangible and lasting positive impacts on their health and lifestyle.

·      14% of respondents said orchestral music had proven to help their productivity and concentration with work and studies (14%);

·      A renewed enjoyment of the genre had encouraged 10% of them to consider learning a musical instrument, something especially strong with under 25 age group (18%)

Music has a broad appeal across the UK

Regionally, the findings also suggest that the appeal of orchestral music during home isolation has been broad-based across the UK. Whilst London leads the way, the gap between London and the regions appears to be closing.

With the country in lockdown with many people facing months of time at home in isolation. New research from the Royal Philharmonic Orchestra also revealed that most households are using this time productively to learn about the music they love.

The results showed that 85% of people said they planned to discover new music during the period of coronavirus isolation. With nearly a third of these people (30%) planning to learn more about orchestral music, opera and chamber music.

By age group, one in five people (19%) under-35 said they wanted to learn more about the genre. This group was also twice as likely to have bought a musical instrument or sheet music to learn as any other group. While 14% had bought music to listen to (downloads, CDs or vinyl).

Since the start of the Coronavirus lockdown. The Royal Philharmonic Orchestra’s website has seen increased traffic of 290% with engagement on its social media channels up 755%. As part of its newly launched programme, #RPOatHome. The Orchestra has been streaming their performances with its newly appointed Music Director Vasily Petrentro. Their performance was broadcast in partnership with Google Arts &Culture, YouTube and in association with Southbank Centre.

Partnering with Google Arts & Culture and YouTube. The Royal Philharmonic Orchestra presents this special concert in association with Southbank Centre. Available as a broadcast for the first time. Don’t miss this exclusive opportunity to watch the online premiere of the Royal Philharmonic Orchestra’s electrifying performance of Shostakovich’s Symphony No.7, ‘Leningrad’ and Copland’s Fanfare for the Common Man, conducted by Marin Alsop.

LIVE on YouTube from 2 pm BST on Sunday 31 May (available to view for 48 hours).

As the Royal Philharmonic Orchestra (RPO) approaches its seventy-fifth anniversary in 2021. Its mission to enrich lives through orchestral experiences that are uncompromising in their excellence and inclusive in their appeal places the RPO at the forefront of music-making in the UK.

James Williams, Managing Director at the Royal Philharmonic Orchestra said: “During these dark days of the pandemic, people all over the country have had to adapt to unprecedented uncertainty and risks and it has been vital for people to stay at home and help the NHS to save lives. Orchestral music has tangibly helped people to cope, to adapt and to maintain a relatively positive mindset during the long days of lockdown. Orchestral music – and the arts generally – has enriched lives at a crucial time and, based on this, we believe the arts have an important role to play as attention starts to turn to the lifting of restrictions and rebuilding society. The economics will drive the country’s growth, but the arts has a role to play to enrich hearts and minds, to give us hope and to power our belief that together we can all recover from this terrible pandemic.”

Vasily Petrenko, Music Director Designate at the Royal Philharmonic Orchestra added: “Culture and the Arts bring meaning to our lives. Culture and the Arts make us the human beings we are and give structure and sense to the society we create; they provide us with real values and fulfil our mental and emotional existence. In the most difficult days of the history of humanity, alongside the most dramatic events, the most devastating wars and epidemics, the Arts, and perhaps especially music, enhanced the spirit. Music became a symbol of resilience, heroism and ultimately our belief in ourselves, from Josef Haydn’s ‘Mass in Time of War’ to Shostakovich’s Seventh Symphony. Today at a time of unprecedented risk and anxiety, the orchestral genre has once again helped people and as musicians, we are desperate to join in the battle to rebuild society, to help people improve their mental health, to fire their spirit and to give comfort during this most isolated and most lonely time in our modern history.”