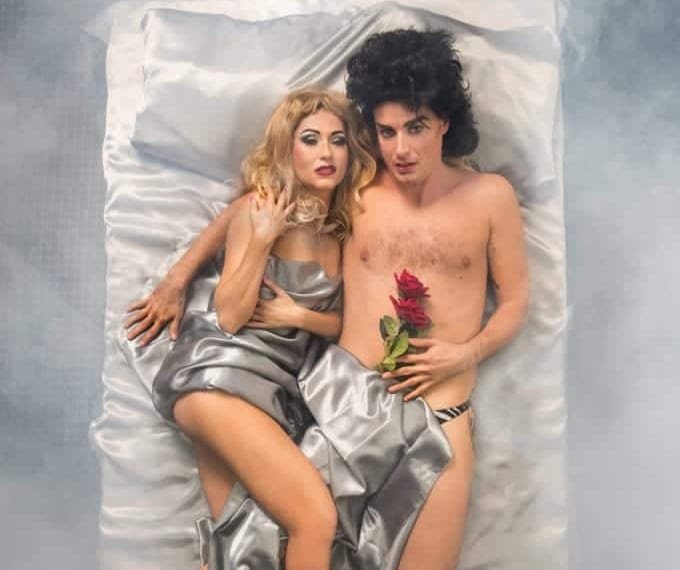 Peter & Bambi Heaven ‘The Magic Inside’

Peter and Bambi Heaven. This year Gypsy Wood and Asher Treleaven return to the UK starting with two London shows at the Underbelly Festival on 18th & 19th July before heading to the Edinburgh Fringe for the month.

Where and when to go:

After the enormously popular and critically acclaimed success of their first outing Peter and Bambi Heaven The Magic Inside – the duo went on to the semi-finals of France’s Got Talent, headlined their version of the Royal Variety Show and performed a short residency in Las Vegas. Unfortunately, due to an incident involving a small fire, and Visa issues associated with prior convictions, the Las Vegas season finished early. The silver lining is, Peter and Bambi are coming back to the UK! Although the cracks are starting to show in the relationship, nothing can stop these self-help love magicians from showing each and every one of you how to achieve limitless success in life and love. The tricks are bigger, the self-belief more powerful and the fuck-ups better than ever.

“Love is a battlefield” PAT BENATAR

2016 was an extremely tumultuous year for the real-life couple behind the show, which included them packing up house, moving overseas and touring a brand new show, in the midst of a divorce. On the 10th of January 2016 Gypsy Wood and Asher Treleaven decided to end their eight-year marriage, they began full-time rehearsals the next day. The show was a raging success and went on to tour five capital cities over seven months across two continents. Upon hearing this one can’t help but ask, “What was it like pretending to be at the beginning of a flourishing fictional relationship on-stage and ending an actual relationship backstage?.” We don’t know if this is art-imitating-life, life imitating art or a glimpse into some insane parallel universe where as one door closes another opens and out pops a Magical 80’s Power Couple from the Gold Coast. Whatever sorcery is at work here, it’s a testament to both Gypsy and Asher that they not only managed to work together but that they flourished as performers under such duress.

This year they’re back working with Cal McCrystal and ready to deliver their indefatigably enthusiastic brand of terrible magic and irresistible life-affirming idiocy. As many a punter has said after an hour locked in the tractor beams of Peter and Bambi Heaven, “If you don’t come out of this show high on life, you’re dead inside”.

CRITICS FROM EDINBURGH 2016 PETER & BAMBI HEAVEN: THE MAGIC INSIDE