Where to watch Harley Quinn: Birds of Prey 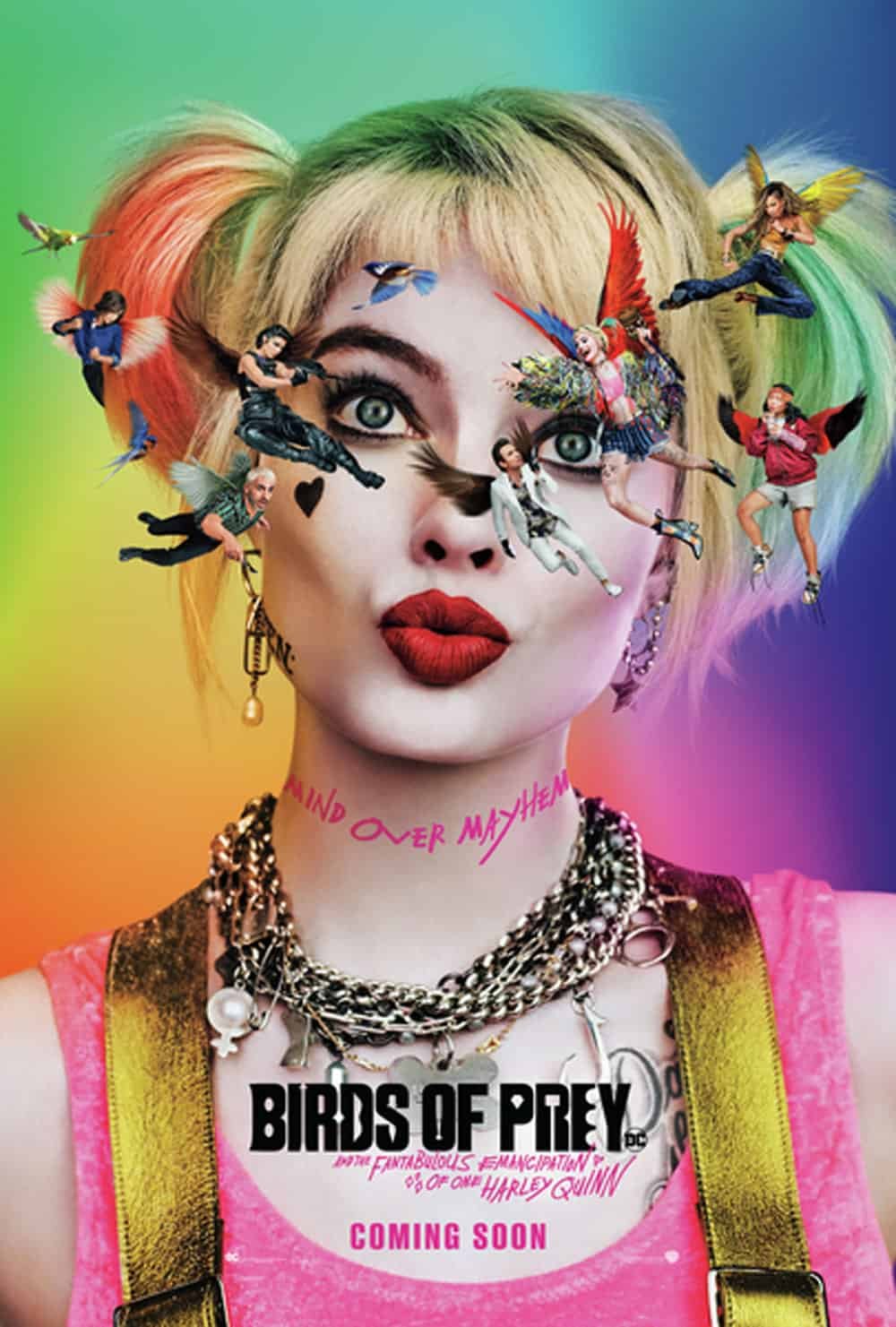 Where to watch Birds of Prey

Birds of Prey (and the fantabulous emancipation of one Harley Quinn) opens in the UK this Friday, 7th February. Ever since Margot Robbie starred as Harley Quinn in DC’s Suicide Squad, we have eagerly awaited a film dedicated to the crazy but loveable Harley Quinn.

Check out below some of the ways in which you can get cheaper tickets to see Birds of Prey.

Birds of Prey (and the fantabulous emancipation of one Harley Quinn)

“Birds of Prey (And the Fantabulous Emancipation of One Harley Quinn)” is a twisted tale narrated by Harley Quinn. When Gotham’s most narcissistic villain, Roman Sionis, and his zealous right-hand, Zsasz, put a target on a young girl named Cass. The city is turned upside down looking for her. Harley, Huntress, Black Canary and Renee Montoya’s seem an unlikely foursome, have no choice but to team up to take Roman down.

Margot Robbie both stars in and produces this female-led kick-ass film, after having pitched the film to Warners.

Why we love Harley Quinn

Harley Quinn was initially created as a love interest for the Joker in Batman the Animated Series. An intelligent, young psychiatrist at Arkham Asylum. Harley is fascinated by The Joker and falls for his charms when she is evaluating him. The relationship between the pair is an abusive and toxic one. Harley is infatuated and obsessed with this notorious psychopath.

In the Suicide Squad, The Joker appears to care for her. Despite asking her to jump into a VAT of chemicals which scarred him, which she does. He saves her, continuing to do so throughout the series.

We love Harley for her sassiness, displays of unconditional love and loyalty, craziness and vulnerability. Harley is the sexy, crazy, funny bad-ass we all love.

“I’m the one they should be scared of. Not you. Not Mr J…because I’m Harley freakin’ Quinn’.

Harley in Birds of Prey

Harley Quinn has become a more multi-faceted character over time. In the opening of the first Birds of Prey trailer. Harley Quinn narrates that she and The Joker broke up. Based on the title alone, the movie alludes to her emancipation from this former abusive relationship, revealing that she is now free. What better way to get over a break-up than to hang out with all of the girls.

Check out our Broke Girl’s Guide to Cinema in the UK. I have provided a list of ways in which you can watch Birds of Prey (and the fantabulous emancipation of one Harley Quinn)

Once signed in to tastecard+, visit the cinema section and enter your postcode in the search facility to find a cinema near you. Simply select the cinema you wish to buy tickets for, click ‘claim offer’ and you will be able to buy pairs of discounted tickets. In addition, you can get money off popcorn and drinks at selected cinemas!

If you have Vitality as a personal or work benefit. Then you can request cinema tickets for either Cineworld or Vue as part of their scheme. Once you’ve joined Vitality, here’s how to earn your Active Reward:

If you have one of the cinema loyalty schemes or subscription services, then you will be able to watch this film as part of your membership. Enjoy! For more details, check out our guide on Cinema Loyalty Schemes.

Groupon is offering a discounted cinema promotion to ODEON, redeemable online only. You can either buy 2 tickets for £10 or 5 tickets for £20. it’s a great deal, but you need to be aware of the fine print before booking. Offer is valid 17 Jan-20 March 2020 (inclusive). Promotion is valid for online bookings only and is subject to a booking fee.

T&Cs apply. Customers will be issued with 2 or 5 Groupon vouchers, each Groupon voucher is valid for 1 cinema ticket. Tickets can be used in 1 visit, or across multiple visits. Limit 1 purchase per person. Luxe cinemas included.

Directed by Cathy Yan (“Dead Pigs”) from a script by Christina Hodson (“Bumblebee”), the film is based on characters from DC. Robbie also produced, alongside Bryan Unkeless and Sue Kroll.

Disclaimer: This post contains some affiliate links. Affiliate links mean that sometimes if you click through to a website and purchase something. I may get a commission from that sale at no extra cost to you.