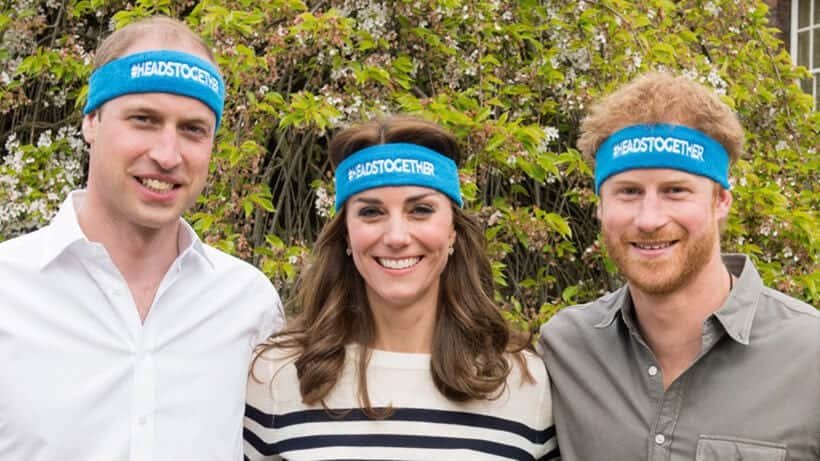 What William, Kate and Harry have done for mental health

Prince William FaceTiming Lady Gaga on the Royal Family Facebook page to chat about mental health. Together with Prince Harry’s confession about his own breakdown following his mum’s death. Have done so much to raise the profile of mental health this week.

Heads Together is a campaign spearheaded by Prince William, his wife Kate, the Duchess of Cambridge, and Prince Harry which aims to combat stigma around mental health. Hundreds of runners hit the streets of London today to raise money for Heads Together, 2017 Virgin Money London Marathon Charity of the Year.

Last year Lady Gaga penned a brave letter to her fans, on her born this way foundation’s website. It disclosed that she suffers from post-traumatic stress disorder due to being raped as a teenager.

“I have wrestled for some time about when, how and if I should reveal my diagnosis of Post Traumatic Stress Disorder (PTSD),” she writes, “After five years of searching for the answers to my chronic pain and the change I have felt in my brain, I am finally well enough to tell you. There is a lot of shame attached to mental illness, but it’s important that you know that there is hope and a chance for recovery.” – Lady Gaga.

PTSD happens when someone has experienced a traumatic event. This can include rape, abuse, violence or a life-threatening event. Everyone is different and react to things in life in their own way. Sometimes, an event can be so traumatic that even months after. You may still experience flashbacks and/nightmares, feel numb, depressed or anxious and use alcohol or other drugs to cope. It is important for anyone going through such an ordeal to talk to someone. Confide in a friend, a family member, but also get expert help. See a doctor or counsellor who can give you professional guidance and support. Find out more from YoungMinds, one of the charities behind Heads Together.

The Duke of Cambridge and @LadyGaga join forces to encourage more people to speak openly about their mental health #OKtosaypic.twitter.com/kCuQyS3Svn

The Duke and Duchess of Cambridge and Prince Harry are spearheading the Heads Together campaign to end the stigma around mental health.

William and Harry openly discussing the death of their mother with Kate, in an intimate film to share with us all, has opened up the conversations about mental health for many people this week. Many others have taken part in this campaign, including Ruby Wax, Stephen Manderson (Professor Green), who have shown by talking through their experiences that this can happen to anyone.

Heads Together was launched in 2016 by a team of charities including Mind, CALM (The Campaign Against Living Miserably), and Contact (a military mental health coalition).