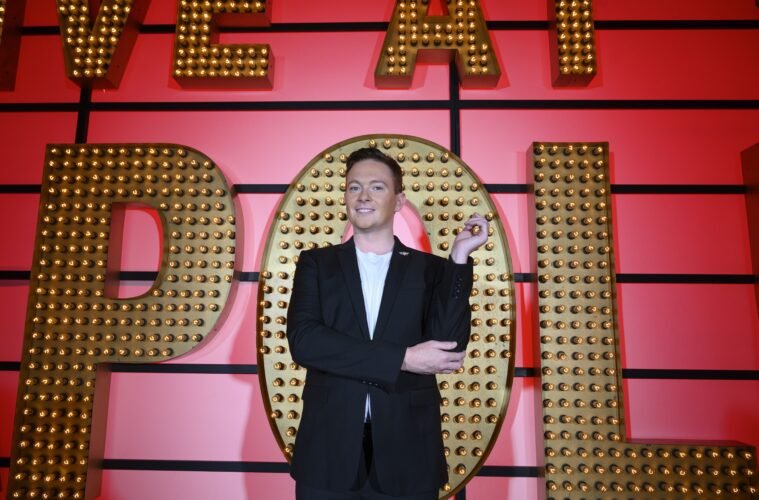 LIVE AT THE APOLLO

The BAFTA-nominated Live At The Apollo returns to BBC Two for a highly anticipated fifteenth series with six brand new episodes.

At the forefront of its genre, the roll call of stand-ups who have performed in front of the renowned Live At The Apollo lights plays out like a who’s who of comedic royalty and this series is no different. Each episode will see a national (and sometimes international!) stand-up compering and performing, before introducing two of the best established and up and coming stand-ups to the stage.

This fourth episode of the new series of the award-winning Live at the Apollo is hosted by the brilliant Darren Harriott as he welcomes super-smart comedian Jessica Fostekew and Manchester’s own rising comedy star Stephen Bailey to the stage.

If you have read my blog, you will know that Stephen is a dear friend of mine. So you can imagine my surprise, when I was in the audience that night, having been invited by another lovely friend of mine Caren. Enjoying an unexpected fabulous evening of comedy, when on walked Stephen. I got to watch Stephen premiere at the Apollo!

Speaking to Stephen today, he told me, “It was a dream come true – you hope for this moment when you start comedy but never quite believe it will happen. High hopes, and low expectations, etc. But guys have high hopes and high expectations. I’m excited to see what’s next”.

What I can promise you is that tonight will be so much fun.

Stephen’s new show Can’t Be Bothered is a bit of storytelling, some inappropriate anecdotes and more sincerity than he’s ever dared have! What more do you want? He’s basically Holly Willoughby.