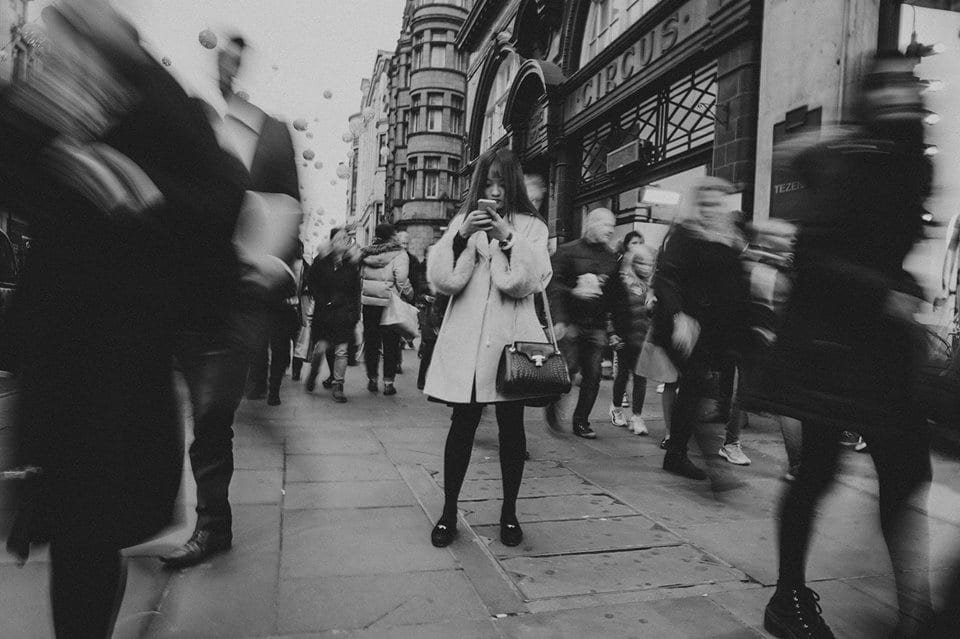 Panic attacks are horrendous. An emotional nightmare.  You’re hit by overwhelming fear and anxiety. Fighting for breath. The world spins in slow motion, but your heart is furiously pounding. You may feel that you are having a heart attack or going mad. You’re not.

I didn’t believe that I was having a panic attack the first time I experienced one. I thought it was an asthma attack. They are not too dissimilar. You can’t breathe. Your heart is beating faster than you ever thought possible, and it starts to skip beats. You feel dizzy, disorientated and sick.

I don’t remember much of that day. I had been over-working as usual and had spent the weekend in Leicester visiting old University friends. On the walk home from the station, I remember arguing on the phone with someone who was treating a mutual friend of ours really badly. What I don’t remember is collapsing onto the floor unconscious. Who rang for an ambulance, or the men who scooped my listless body off the cold pavement. I can’t even tell you what part of London I was in. I only remember a brief conversation in the ambulance, gasps for air interspersed by tears. Then lying fully clothed on a hospital bed, disorientated and understandably very upset.

I tried to let them know that I was having an asthma attack. I knew the drill. Once they knew I was asthmatic, I would be nebulised before a spell in A&E. However, this time I was informed that it was a panic attack. Yeah, right I thought. No-one has panic attacks. It’s all in their head. Like people who say they suffer from migraines when in actual fact they just have a bad headache. I didn’t believe them. It sounded melodramatic. How wrong I was.

So you can imagine how distressed I felt when instead of being given a nebuliser to help me breathe, I was told that there was nothing they could do. I had to ‘calm down.’ Of course, I panicked. Who can calm down when they can’t breathe?

I was scooped up and carted away in an ambulance that day, transferred to the local hospital. Sedated not by medicine, but the onset of concussion. I had hit my head really hard as I fell to the floor.

Not at one point did I confide in anyone at work about the full extent of my injury. When I returned to work, I was in a complete daze. I couldn’t see the numbers in the spreadsheet I was staring at, let alone analyse complex data. Overwhelmed, I felt too ashamed to ask for help. My head hurt for over a week afterwards.

This was unfortunately not to be the last time I would be escorted to A&E in an ambulance – the result of a panic attack. Only a couple of months later, I was mugged outside a pub in Angel London. A guy wrestled with me stealing my phone and threw me to the ground. I was so traumatised, I suffered another panic attack. I was unable to call my friends who sat drinking unknowingly in the pub close by. It wasn’t until one of them left the pub where we had been celebrating, that I was discovered. Sprawled out on the pavement, surrounded by undistinguishable but well-meaning people and ambulance flashing lights dancing around my head.

Sometimes people have a panic attack when they have received some dreadful news. Sometimes it can be as simple as just going to work. Panic attacks are different for everyone, but the commonality is that is frightening. You hyperventilate, feel like you are suffocating and that you will be sick any minute.

Avoiding certain situations may help in the short-term, but can lead to the onset of agoraphobia where you become too scared to leave the house. Don’t be afraid to seek help.

Your body is reacting to a perceived threat, which kickstarts the “fight or flight” response. Each individual is different. It may seem an attack has come from nowhere, but this is not true. It may have been sparked off by some thought or memory. So it’s worth trying to understand your triggers for an attack.

How to cope with a panic attack at work

You won’t always be able to avoid triggers, such as crowded offices, stressful situations or pressure at work. If you do suffer from panic attacks, then it might be a good idea to confide in your direct manager and/or HR. Tell your co-workers if you feel comfortable and you feel it will help. You may not be able to avoid situations such as giving presentations if this is imperative to your role. At least you will be supported and considerations may be given in order for you to perform well at work.

Remember, it is illegal for anyone to discriminate against you because of a mental illness, including a panic disorder.

If you don’t listen to your body it will get to the point your body overrides you. The body is a powerful thing. Listen to it.

This post is part of a series for Mental Health Awareness Week 2017.

If you have been affected by any of this please seek help. Please make an appointment to see your GP or talk to someone like MIND.