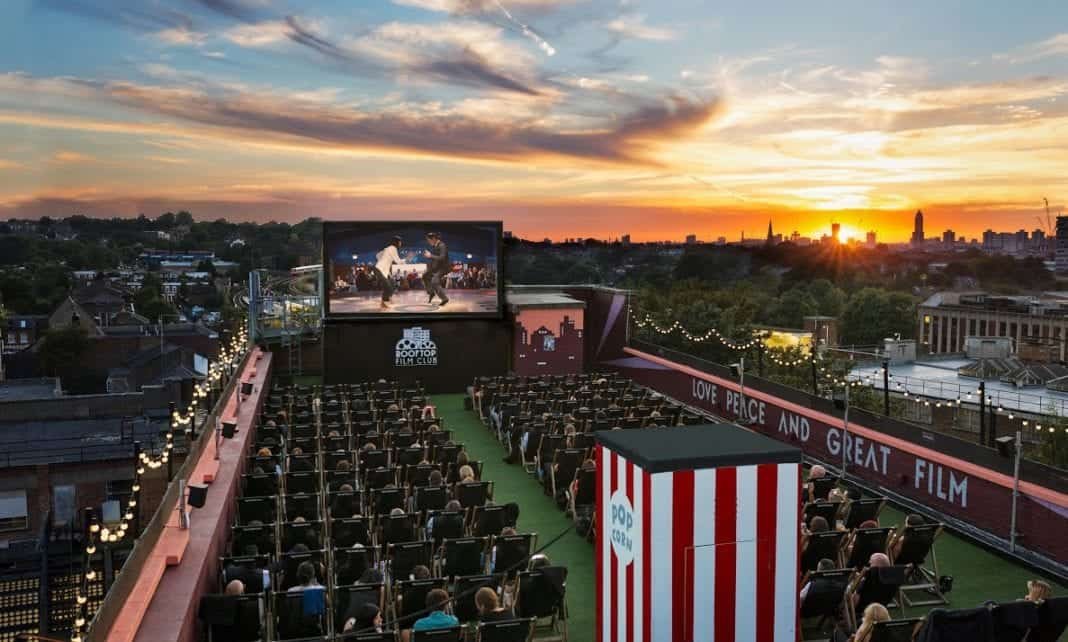 Let’s get ready to Rooftop!

Let’s get ready to rooftop!

The Rooftop Film Club is back on Thursday 4th May. So grab your popcorn and head to either Peckham’s Bussey Building, Roof East in Stratford, The Queen of Hoxton and Kensington Roof Gardens.

The first week will celebrate all things rooftop, with a series of films famous for iconic rooftop scenes in two London locations. The Bussey Building (Peckham Rye) and Roof East (Stratford). Followed by The Queen of Hoxton, Shoreditch and Kensington Roof Gardens. A promise of cocktails and summer treats on the top.

Hitchcock’s classic thriller Vertigo will show at the Bussey Building on Thursday 4th May. On the same night at Roof East Mary Poppins will be leading Dick Van Dyke a merry dance across the Stratford rooftops.

On Friday 5th May, Roof East will show The Matrix. One of my favourite films! Other epic films showing as part of this rooftop summer season are The Shawshank Redemption, Oscar-winning animation Zootropolisand and Warren Beatty’s film of the year Moonlight.

Set a date for a girls night out. Or cuddle up under the stars with a loved one. You can book the Rooftop Love Seats for two, a glass of prosecco and bottomless popcorn for £25 – at the Bussey Building (Peckham) and Roof East (Stratford). Might seem pricey, but upon reflection is quite a bargain!

If you’re lucky enough to be heading to the US this summer, the Rooftop Film Club peeps are selling out starlit screenings stateside in LA and New York too.

Tickets are live at www.rooftopfilmclub/london. See you on the roof! 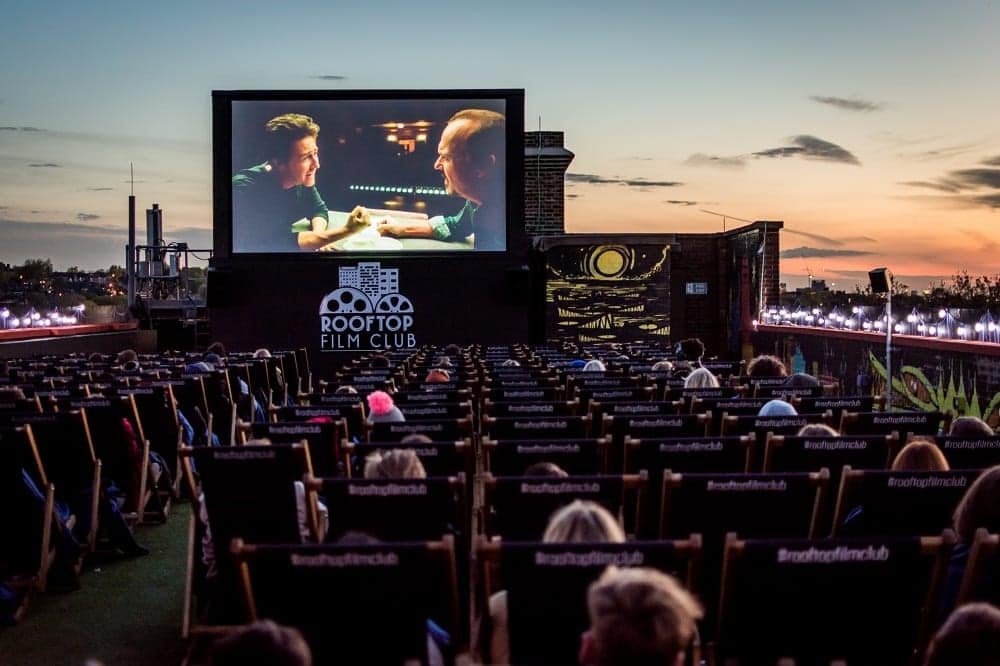 A sample of this summer’s rooftop films coming up…

Statford:
Thursday 4-May: Mary Poppins
Friday 5-May: The Matrix
Saturday 6-May: Shawshank Redemption

Thursday 4-May: Vertigo
Friday 5-May: The Dark Knight
Saturday 6-May: The Departed

Check out the official website for full film listings and tickets.

The ultimate open-air film experience, Rooftop Film Club started as a single rooftop in London’s Shoreditch in 2011. It has now expanded globally with four venues in the UK, LA and NYC; with more to come in 2017. Sold out crowds enjoy sunset film screenings under the stars in comfy deck chairs and cosy blankets, all coupled with London street food and drinks served by an award-winning bar team.