Summer has been extended. Screenings at Rooftop Film Club this September include the epic new Dunkirk and Wonder Woman as well as a celebration of John Hughes 80s classics.

Rooftop Film Club is officially extending the mother of all seasons all the way through September. The screenings are hotter (Dunkirk – squeeee!), the drinks keep on coming and the deck chairs are primed. As the end of summer appears on the London horizon, there’s only one place to go to make it last longer…and that’s the roof.

We’ve saved some absolute crackers for September across Queen of Hoxton, Bussey Building, Roof East and The Roof Gardens to see the summer out in glorious cinematic style, the perfect ending to the best Rooftop Film Club season to date.

Whether you’re a WWII aficionado, a secret (or outspoken and gushing) Harry Styles fan, or simply love a heart-stopping movie of epic proportions, Rooftop Film Club brings you the smash hit of the season – Dunkirk. It’s the heroic film of our time. Is there a better way to watch it than wrapped up under a blanket with the stars of London shining above, and the Capital’s skyline as a backdrop?  No, there isn’t. Dunkirk is showing from the ultimate rooftop perspective at the Bussey Building on September 16th.

If men in green are less your thing than a woman in blue and red, then don’t worry because Wonder Woman will be landing on the rooftop at various points throughout September to chuck us that lasso of truth.

Dust off your furby and iron out your flares, because dating app Badoo is taking us back to school with a ‘90s throwback night. 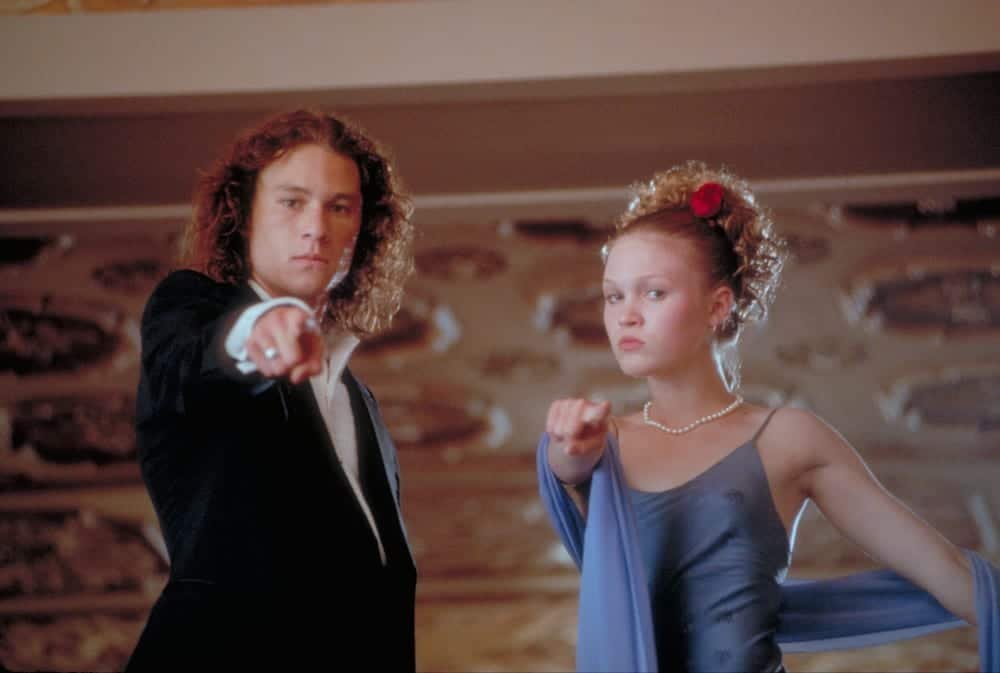 On Sunday 3rd September, Badoo and Rooftop Film Club will welcome Londoners to #BadooYouRemember, an ‘off the hook’ night of pimpin’ complimentary cocktails, phat food and a screening of the ultimate ‘90s high school flick, 10 Things I Hate About You.

We’re also taking it back to the 80’s with our celebration of the genius of John Hughes in a special series of his greatest hits. Re-live some of Molly Ringwald’s best performances, including Pretty in Pink, Sixteen Candles. Of course, we couldn’t forget about you – The Breakfast Club. If that’s not enough nostalgia for you, Ferris Bueller’s Day Off is also showing the same week at the Bussey Building (beginning September 18th). As the man himself said, life moves pretty fast, if you don’t stop and look around once in a while you might miss it…not this time, our screen is pretty whopping.

Revenge is a dish best served cold, and pizza is best served hot. Luckily you can get both of these on Roof East; with The Godfather on 1st September accompanied by some Jimmy Shack’s. For a bit of hot dog action, Rockadollar continues to slap those buns with their beautiful sizzling sausages at the Bussey building. If you’re more of a brunch babe RFC is there for you with our barbecue brunch hitting mouths every Saturday while summer lasts.

We’ll also be sipping out the summer with Grey Goose as the Le Grand Fizzes keep on flowing at our rooftop bars at Roof East and Bussey Building – open 12pm on weekends and 5pm on weekdays (except Monday), whether it’s a spritzer in Stratford or a Peroni in Peckham we’ve got a tipple for everyone; no cinema ticket required. Cocktails, cult classics, box office smashers, deckchairs and popcorn….sounds like the perfect way to wave off #Summer2k17.