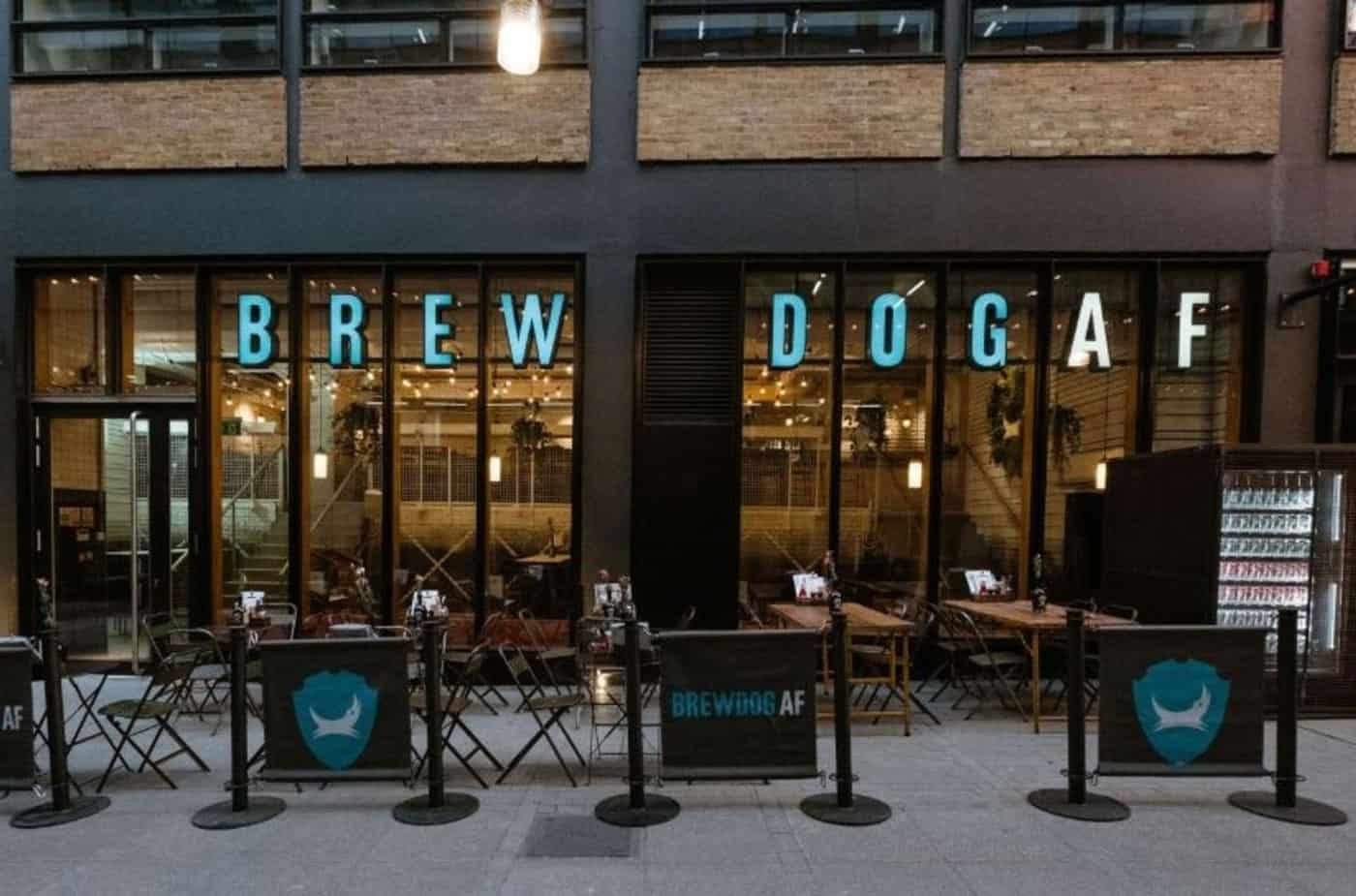 ‘Drink all you can Jan’

To showcase the new range of alcohol-free beers, BrewDog has also announced ‘Drink all you can Jan’. An initiative that will see all of its Bars offering free refills of all alcohol-free beers throughout January.

With 24% of beer drinkers choosing more low or no-alcohol options*. The brewery is looking to roll it out across the UK and into Europe.

The demand for and popularity of alcohol-free beer is increasing

Market Research organisation Mintel has reported 28% of beer drinkers are cutting back on consumption because of health concerns. Recent analysis by EeBria Trade has noted sales of low and no-alcohol beers have risen 381% since 2017. **

BrewDog pioneered low-alcohol beers in the UK with the release of Nanny State in August 2009. The UK’s best-selling alcohol-free craft beer. The brewery has since followed it up with the alcohol-free version of their flagship Punk IPA, Punk AF. The #1 NPD product for Total Craft beer this year. ***

The BrewDog AF Bar will be serving 15 taps of draft alcohol-free craft beer. Along with alcohol-free spirits and Designated Cider, the new alcohol-free Cider from Hawkes. The bar will also offer a mouth-watering range of burgers, salads and Buffalo wings and a series of healthy specials. Brunch will also be on offer at weekends.

Visitors to the bar will be able to take part in a programme of on-going activities. Including Hip Hop Karaoke, Dabbers Bingo, Famous First Words and other partners yet to be announced.

Drinkers opting for low or no alcohol are in danger of compromising on quality, taste and experience. And that’s just the beer – forget about places in which to enjoy it. We are going to change that. We exist to be a point of difference, and our first BrewDog AF Bar is just that. It is a beacon for anyone in London after an alcohol-free alternative.

Alcohol free does not need to be synonymous with taste-free. ‘Drink All You Can Jan’ is our anti Dry January. Whether you have cut alcohol out or are cutting back we want to show that alcohol-free doesn’t mean compromising on quality or taste.

Since 2007 BrewDog has been on a mission to make other people as passionate about great craft beer as we are. From the Headliner series, which includes bold, uncompromising pack leaders like the flagship Punk IPA, to the Amplified range (beer, but turned up to 11), BrewDog brews beer that blows people’s minds and has kick-started a revolution.

Co-founders James Watt and Martin Dickie shook up the business world in 2010 with the launch of pioneering crowdfunding initiative Equity for Punks, an initiative that has seen the company raise £74m over six rounds, with their latest round open until April 2020. The funds and the army of punk shareholders (125,000) has enabled the Scottish craft brewery to scale up without selling out.

With over 100 bars across the globe, export into 60 countries, and breweries in Columbus Ohio, Berlin Germany and Brisbane Australia, BrewDog continues to take the craft beer revolution stratospheric, whilst continuing to push the boundaries, invest in people, put the beer first, and champion other small breweries in its venues.