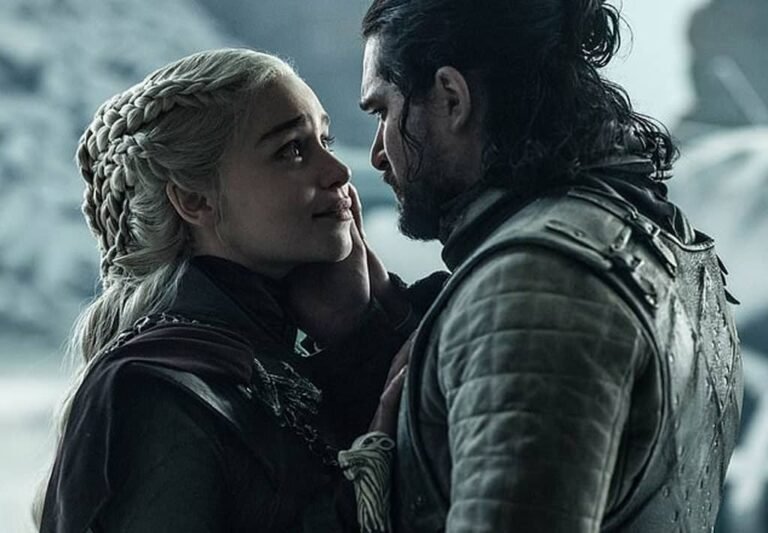 That Game of Thrones finale

If you were one of the millions of people who tuned into – what was 2 am in the UK – to watch The Game of Thrones. Then you would have seen the end of what has been one of the most acclaimed and addictive TV series…ever. If you haven’t yet watched the season finale (where have you been?) then look away now. Come back and then let us know what you think of the Season Finale in the comments section below.

Let’s talk about ‘that’ finale

Once the Night King and his army of the dead were defeated so early on in the series. We have all been wondering what drama, wars, and deaths would make up the rest of the series. The penultimate episode The Bells was incredibly dramatic. It seemed inevitable that the two female protagonists were going to go up against each other. The Mad Queen V a mad Queen. Daenerys V Cersei. Yet the way in which some of the central characters perished was somewhat controversial. We spent a whole week (if not the whole series) wondering who would be the one to kill Cersei. Would it be Sansa after everything she had been through? Another assassin kill for Arya? Or would it even be Tyrion who ended up killing his own father? That one seemed more unlikely since he knew she was pregnant with his brother’s child. Which led us to believe that it could even have been her new lover Euron Greyjoy once he realised the child she was carrying was not actually his.

Kings Landing is in ruins

In the opening scene, Tyrion walks through the devastation that is now Kings Landing, torched and destroyed by Daenerys. Bodies of women and children who had not been spared, despite Tyrion’s pleas for her to stop once the city had surrendered, are strewn across the streets. It is this differentiation between the central characters of Daenerys and Tyrion, that acts to highlight the fact that Dani has turned into a heartless murderer rather than what she claims to be. Someone who liberates people for the good of the world. Dani has transformed into the Mad Queen, a complete megalomaniac, fuelled by grief, paranoia, trauma, and desire for power.

Despite everything, Dani going off on one and torching everyone and everything (almost) in Kings Landing, the scenes still didn’t have the same brutality as Ramsey. Even with the filming of women and children, to create a more emotive feel. We still didn’t engage in the same way, other than feel that Dani had truly gone to the dark side.

Following this dragon-firing rampage, we witness the lovers (Jon and Danaerys) in full sight of the Iron Throne. In a dream-like sequence, Dani’s softer side is revealed. Finally, she is Queen of all seven kingdoms and can sit on the Iron Throne. She is still in love with Jon (even if he is her nephew) and in a tender and loving scene she wants him to be by her side. Just not sharing the crown of course.

Jon embraces his Queen before killing her. In what is yet another regicide, Danaerys falls to the ground, with a serene peaceful look on her face. We wondered if Jon was actually going to go through with it. Witnessing distressing and ignoble scenes of cruelty goes against his very being. However, he had been very submissive in his relationship to date. The foreboding by Varys that if the wrong person ruled, then there would be no harmony felt like more of a Shakespearian tragedy, like Macbeth. It feels like only Jon, the rightful heir, can restore calm and order to the seven kingdoms, in what seems like nothing more than a dystopian nightmare. In a twist where we feel that her last remaining dragon is going to turn on Jon for killing his mother. Drogon symbolically melts down the throne, signaling the end to this madness and flies away with the mother of dragons.

How the season concludes

What follows feels like a tidying up of the plot before the end of the TV series. We don’t see what happens next but we guess that Jon is found by the Unsullied, who are obviously not so happy their Queen has been killed and their leader has been taken away from them in the moments following their great victory. Strangely Jon wasn’t killed when they found him. The leader of The Unsullied changed from being very authoritative to following orders when the rulers of Westeros are summoned to decide on what’s happened next. A nod to introducing democracy to the realm, they all laugh it is suggested that the vote is given to everyone. Obviously, Westeros isn’t that progressive as yet. However, appointing a ruler rather than ruling through a bloodline is progress.

With the rulers of Westeros (we won’t go into that water bottle as it will detract from the review) all gathered together. It seems that the omniscient one, the three-eyed raven and also yes, Bran the broken has turned up, knowing that he will be given the throne. Seems a little unfair in the great scheme of things. The others have endured much in pursuit of power. Yet the takeaway from this is that it’s best to bestow power on the one person who doesn’t relish. Tyrion’s so-called punishment is to be his hand. Sansa becomes Queen of the North (obvs) and Arya is off discovering the world. Alone. It seems that poor Jon Snow is back to where he started. Ok, so he might have killed off Mad Queen Daenerys, but against the backdrop of misdeeds in this TV series, we feel that he has been a bit hard done by. Jon appears to have acted as a catalyst for change, rather than ending up ruling over what has now become the six kingdoms, which had been his right.

“I’m sorry I wasn’t there when you needed me,” Jon told Bran.

“You were exactly where you were supposed to be,” he replied.

In a finale, which promised us so much. The ending seemed rather anti-climatic. It seemed rather fitting Jon would be the one to kill Daenerys. That Sansa would rule the north. However when we all began this final series. We anticipated watching Jon go out in a blaze of glory killing the Night King in a war to end all wars. Cersei died alongside her brother – the love of her life – the strongest love story in the Game of Thrones. Even so, this was a by-product of Danaerys torching her kingdom, rather than someone killing her through poison, knives, anything really. In a concluding speech narrated by Tyrion, Bran is named as the future ruler. In an ironic twist of fate, Westeros is to be ruled by someone who does not wish to be King. While the heir to the Iron Throne is to spend a life sentence, not being able to have kids, or a wife much of a life really. It seems a rather depressing outcome for someone we have been routing for the whole series and who a happily ever after has continually eluded him.

“From now on rulers will not be born, they will be chosen”