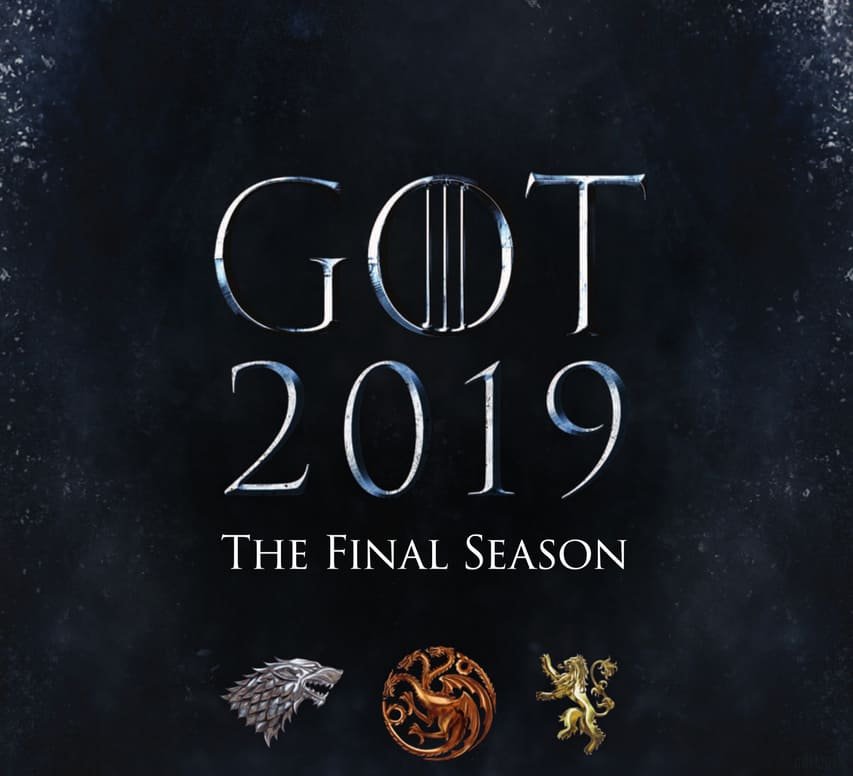 Game of Thrones – The Final Season

Who will rule the seven kingdoms?

One of the most anticipated season finales in TV history – Game of Thrones – will air tomorrow (2 am for those die-hard fans and then again at 9 pm in the UK). If you want to wait until tomorrow night, then it’s best to stay off all social media platforms, as well as now read The Metro, The Evening Standard and threaten to kill anyone who threatens to divulge the ending.

Will we be disappointed?

Many people have uttered their disappointment at what has transpired over the last few episodes. Why anyone would object to Arya Stark killing the Night King I don’t know since she is the most skilled assassin. The women have been dealt a shocking blow in terms of lines, according to the Twittersphere. There has been a lot of recent criticism of an all-male writing clique, with lines which appear to minimise rape and torture of women. The women have all suffered; tortured, raped, burned alive. Yet like the phoenix rising from the ashes, they have all stand strong in this series finale.

“Without Little Finger, Ramsey and all the rest, I would have stayed Little Bird all my life”

Who is destined for the Iron Throne?

So the fact that both Aunt and Nephew are sleeping together hasn’t really fanned the flames of their desire. However, Danaerys is very adamant she is to be Queen despite the fact that Jon Snow is the rightful heir. She really isn’t a sharer. Sansa, Arya, and Bran warn him they don’t trust the outsider, but he is blindsided by love and will not take up his rightful claim to the throne.

“You are my Queen. Nothing will change that”

“What if there is someone else. Someone better”

Transforming into the ‘Mad Queen’, it seems that she is becoming the very Queen they fought long and hard not to have reigning over them. As all of her loyal followers are killed one by one, her heart is hardened and her revenge against Cersei becomes real. Now that is one power move.

“Do not destroy the city you came here to save”

“Millions of people will die if the wrong person sits on the throne, which is what happens.”

Who will win the battle for Westeros?

Not much is given away by the official trailer. The Final Season is here!