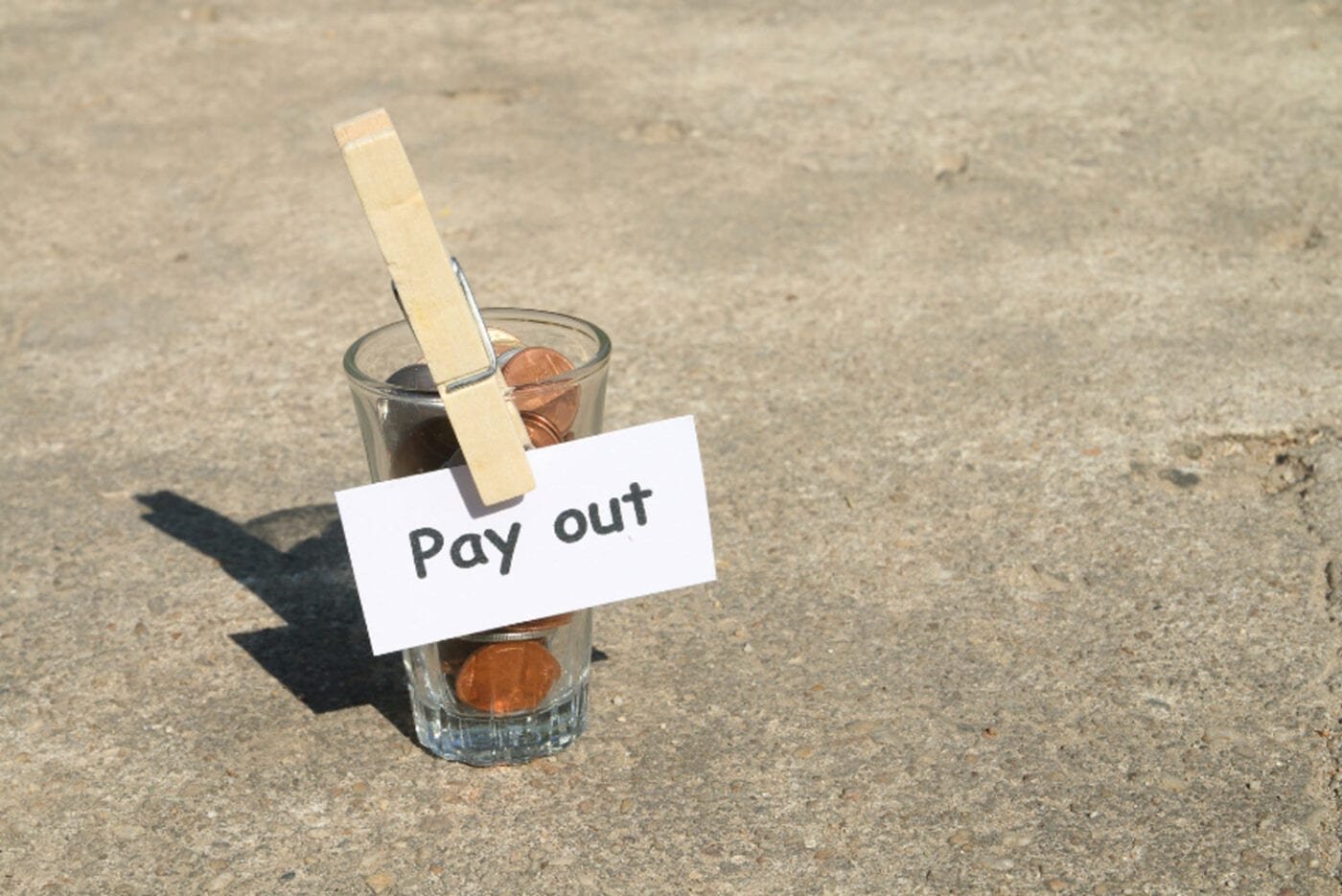 The Money Shop Pay Out Updates

The Money Shop | Pay Out Updates

On 1st October I received an email from The Money Shop, who also traded as The Money Shop, Payday Express, Payday UK, and Ladder Loans – or one the companies which it owns. It was finally to confirm their decision on whether to uphold my claim and to confirm a redress amount claim. I was shocked at how much this totaled, knowing this was the amount of money I had been charged over the years. Having written about Wonga and also Wage Day Advance I wasn’t looking for a large redress claim, but this sum exceeded both of the former claims. If anything, this was really upsetting, given that I was made fully aware of the extent of the debt I had got myself into over the years, and will never get back. Let me know how you are feeling about this too.

“I’m writing to let you know the outcome of our assessment of your claim, which you registered in our online Claims Portal on 09/02/2020.

Your Complaint
You were our customer from 03/06/2011 to 31/01/2014, and you consider that during our lending relationship with you, we may have lent to you in a way that was irresponsible.
We’re sorry that you are unhappy with any aspect of our service, and where we’ve fallen short, we want to put things right. To decide whether we agree that any of our lending was irresponsible, we have looked at each loan we provided individually, and have assessed it in the following way:

1 Was the loan affordable?
We have looked each time at the amount you were borrowing, and compared the repayment amount with what we know about your income and expenditure at the time, to see if it was likely that, after meeting each repayment, you would still have had enough to meet your general living expenses. Our test for this was whether the loan repayment (for a single repayment loan) represented more than 25% of your monthly income or, if it was a loan with multiple repayments, more than 20% of your monthly income.

2 Was your borrowing from us sustainable, and an appropriate use of short-term credit?
We believe that short-term loans should only be used over relatively short periods, to bridge unforeseen shortfalls in a customer’s normal expenditure. We understand that it can sometimes take one or two more loans to smooth things back out again, so we have allowed for this when looking at loans that were taken out in succession. We think it would have been reasonable for customers to use our one or two-month products for up to 90 days.

However, we don’t think it’s a good thing when someone begins to need a new loan just to get by, and in these cases, we don’t think it’s fair to continue to lend to a customer. If we have seen signs that you were borrowing more or less continuously for a period of more than 3 months, we’ve looked more closely at each lending decision to understand whether you appeared to have become reliant on credit in a way that would have been unsustainable for you.

We’ve also checked for other indicators that we should not have provided a given loan; for example, if you were topping up your borrowing before you’d settled an earlier loan, or if the amount you were borrowing was increasing materially month on month, or if you were taking out multiple repayment loans in quick succession. Any of these factors would make it likely that it was irresponsible for us to have continued to lend to you.

Our Decision
We have identified that over the following periods, we cannot be confident that we lent to you in a way that was affordable and sustainable:

03/06/2011 to 31/01/2014
Based on the information available to us, we don’t think we made the right decision in lending to you during these times. It’s likely that the loan(s) we gave you were not affordable and sustainable, and as such we are upholding your complaint in respect of these loans.
The table below sets out the overall decision we have reached on each of your loans:

Any Potential Redress figure shown in the table is the maximum amount payable – that is, it’s the most you would be due in compensation, if we were able to pay your redress in full. However, all customer claims are now being dealt with under a Scheme of Arrangement sanctioned by the court, designed to enable us to share the fixed amount of money in our Redress Fund fairly across all customers whose claims we uphold under the Scheme. As we’ve explained in other communications, it’s likely that customers who are entitled to redress will receive only a proportion of their Potential Redress amount.

Once we know the total amount of compensation we need to pay to everyone, we will be able to work out what your Payable Scheme Claim will be under the rules of the Scheme.

It is likely that the final payment to you will be less than the Potential Redress amount shown.
We will contact you again in due course to advise you of the final payment that will be made as a refund
If any negative information has been reported on your credit file in respect of these loans, such as late payment statuses or a default, we will amend this once the Scheme of Arrangement has been completed.

Please make sure you’ve entered your bank details in the Claims Portal, and that you keep them up to date, so that we can pay your Payable Scheme Claim.

If you currently have a balance outstanding on a loan that one of our firms originally provided, you will be given the option to reduce that balance by the full amount of the Potential Redress payable to you, rather than received a reduced amount in cash. We’ll explain how this works in more detail on our website, and have provided an example

On 9 October 2019, the High Court approved Scheme of Arrangement between ICL and its creditors became effective. You can find the Scheme Supervisors’ first quarterly report to creditors here

As part of the Scheme process, any Scheme Creditor’s claim against ICL must be submitted on or before the deadline of 9 April 2020 if it is to be considered for a potential dividend payment. We explain how you can do this in our FAQs

Even before the Scheme was approved, we had already ceased making new high-cost short-term loans and closed our stores. We had always envisaged that after creditors submitted their claims, and once accepted claims received payment in accordance with the terms of the Scheme, ICL would shut down. As part of this process, ICL will be placed into a solvent members’ voluntary liquidation (MVL) on 30 March 2020.

The MVL will not affect the operation of the Scheme. The Scheme will continue to be implemented by ICL under the control of its directors.

The MVL will not affect your ability as a Scheme Creditor to submit a claim. If you have not already done so, we invite you to submit your claim on or before 9 April 2020. Claims received after that date will not be accepted and you will not receive any payment from ICL.

The MVL will not affect suppliers who were Excluded Creditors under the terms of the Scheme or who have provided goods and services from 9 October 2019 onwards and who continue to do so. Your invoices will continue to be paid in full and on the agreed terms by ICL.

Information for landlords and rating authorities
As part of the liquidation, it is envisaged that, pursuant to Section 178 of the Insolvency Act 1986, the liquidators of ICL will, immediately after their appointment, disclaim leases of properties which are empty, or have not been transferred to a third party:

For further information, or for assistance in submitting your claim in the Scheme, please do not hesitate to contact us at scheme@themoneyshop.co.uk or call our helpline on 020 3901 7440 (Monday – Friday, 9am – 5pm).

No more claims can be submitted by creditors for the Scheme of Arrangement. Claims were able to be submitted for 6 months after the Scheme Effective Date of 9thOctober, which has how passed.

All further claims for Irresponsible Lending will not be valid.

Once we know the total amount of claims, we will be able to tell people what percentage of their claim will be paid. This is because the fund has to be shared out proportionately across all customers who are entitled to redress. If you have an outstanding loan, we may reduce your balance instead of making a payment. The payments will be made by the end of 2020.

As each Payday loan provider that I have taken out loans with in the past contacts me. I will update my website and share with you. In the eventuality that there are others. I will keep my main Payday loan page updated as much as possible.