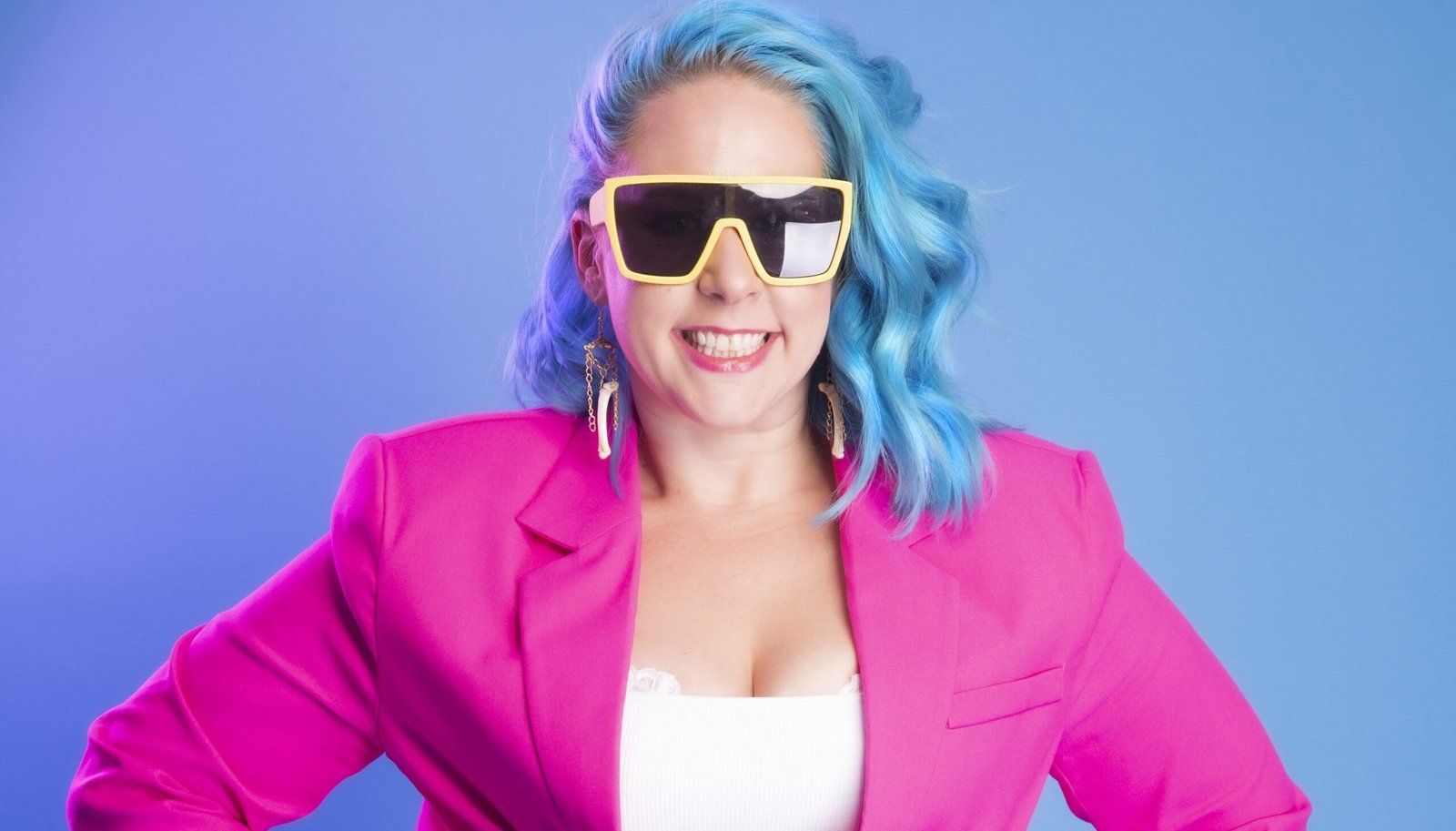 “She has a refreshing honesty and the best kind of shamelessness.”
The Skinny ★★★★

“Brilliantly funny with a knack for a turn of phrase that turns the simplest comment into a solid laugh.” BroadwayBaby ★★★★

In the red corner wearing the Pink Suit, it’s Abigoliah Schamaun, the comedian and scrappy underdog facing off against the very blue suits of the UK Government in a high-stakes fight of her life.

Abigoliah thought she had it all; the flat, the career, the life partner. This US transplant was living The American Dream…in London. Then one day, the Wicked Witch of Westminster, Priti Patel, told Abigoliah to click her sparkly heels and go ‘home’. At that moment, everything changed. To lose would mean losing everything.

Much to her surprise, Brexit meant Brexit, even for non-Europeans. Abigoliah’s quest for the Holy Visa began, and the fight was very much On.

Legally Cheeky charts Abigoliah Schamaun’s journey in a heart-warming hour of highs, lows, twists and turns as she recounts the year that shook her and her partner Tom to the core. Her natural lust for life and infectious positivity transforms the painful and frustrating horror of bureaucracy and red tape into a joyfully hilarious shared experience; you’ll laugh, you’ll cry, and you’ll cheer for her to win!

Abigoliah, who has ADHD, co-hosts the comedy podcast Neurodivergent Moments, interviewing creative neurodivergent people about their experiences of having differently wired brains, with guests including Rufus Hound and Tom Houghton. The show also features listener-submitted stories such as lost tampons which your ADHD brain put in the fridge and the time your boss joked that you could go home for the day – so you did.

Abigoliah also presents the YouTube cooking series Just Like Mom Made, where her recipes for laughs and food collide, creating both hilarious and delicious results; because it’s fun to watch another person be a wreck in the kitchen, right?

Schamaun grew up in Mid-West America and began her career as a comedian in New York; she moved to London in 2014 and has since become a regular on the British and European comedy circuit. She has been featured on Comedy Central, Channel 5, BBC Radio 4 Extra and The Guilty Feminist Podcast.