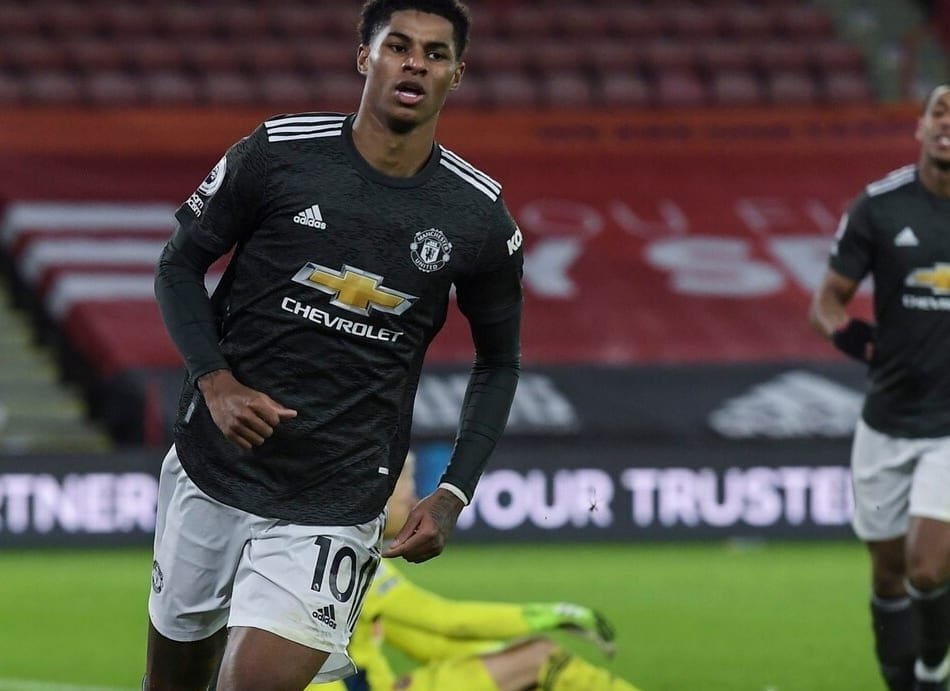 Marcus Rashford MBE and the Child Food Poverty Taskforce have launched a new website (www.endchildfoodpoverty.org) today, coinciding with the transmission of a new BBC documentary which has been following his campaigning efforts to tackle child food poverty.

Marcus Rashford, England International Footballer said “Following the Government investment, it was important to me that we supported by communicating on the help available in local areas, working closely with Local Authorities so that our vulnerable families know where to turn when faced with the toughest winter on record. In partnership with Co-op and Google, we have developed a central hub for those who need help and those who want to help. That second function was really important to me – everyone has a role to play in ending child food poverty in the UK and we wanted to support those who want to make a difference. There is still so much more to be done but the least children deserve this year, after loss and disruption, is a Christmas dinner on the table.”

The website has two main aims:   Firstly, to help vulnerable families and children to find support over the Christmas holidays via an interactive map that signposts to the available local support in their area.    Local Authorities, Businesses, Food banks, NGO’s and Charities and sporting organisations have all signed up, presenting their offers of food support to young people and families throughout the winter period and beyond. The website also contains information on how people can offer support, either through donating money or volunteering.

Several major UK food businesses and members of the Child Food Poverty Task Force have rallied together to tackle child hunger this winter, with the website being a central point for information on support schemes available.

Anna Taylor, Executive Director of The Food Foundation said: “For so many families, this Christmas will be extremely precarious as the ongoing financial pressures of Covid-19 push struggling households further into hardship and force a newly vulnerable segment of society to seek help for the first time. The new #endchildfoodpoverty website will be a vital resource for these families, making sure that those struggling to put food on the table can connect rapidly with local provision. More than this though; it’s a platform for a community who cares about ending child food poverty and want to work together to stop the stigma and find lasting solutions.”

The website has been built by digital agency 89up with support from PLMR and Web Geo Services.   It was funded by Co-Op and Google.   Ongoing funding will be provided by the Rapid Relief Team.

Jo Whitfield, CEO Co-op Food, said: The Co-op is from the same city as Marcus and shares the same values as Marcus so we were very happy to give whatever support we could to his campaign to ensure all children are fed and can thrive – and we know he’s not finished yet so we’ll continue to stand with him.’

The Food Foundation has also released a series of podcasts recorded over the past few months, introduced by Dame Emma Thompson.   The podcasts recorded all over the UK, hear from the people on the front line in food banks, charities and from families who are facing crisis levels of food insecurity. They have been recorded as part of the Right2Food Campaign and feature the Young Food Ambassadors that also appear in the BBC documentary.

The Government recently announced £170 million was to be given to Local Authorities in the emergency winter grants scheme, as the country prepares for one of the most challenging Christmas periods ever with millions struggling to feed their families (gov.uk). The #endchildfoodpoverty website includes details and links in order for people to access the support being offered by their local council.

Hundreds of food banks and charities sign up, expecting a high demand this Winter

Hundreds of food banks and charities have also registered details of the emergency food provision they will be offering over the Christmas period. A huge rise in people looking for support is being reported. IFAN has reported a 60% increase in the use of Food Banks in October, and are projecting a sharp rise in numbers as millions more face financial insecurity due to the pandemic.

Businesses and other organisations are also invited to register to the #endchildfoodpoverty map, with hundreds opening and offering holiday schemes or free meals to children as part of a broad campaign to bring the country together to #EndChildFoodPoverty.

Marcus Rashford is calling on as many as possible to register details of their offer using the following webform:  bit.ly/ecfpform

The trailer can be viewed here.

Tyler, 15 years old, Blackburn said: “My friends who have free school meals during term time already face being bullied about it, but at least they get the meal they need. But during the holidays, when we hang out together, they are clearly ashamed that they don’t have enough money to buy basics, like a drink or a bite to eat. This can really divide kids and make those that go without feel excluded. The holidays, which we are meant to look forward to, are instead just really stressful.”

Felix, 15 years old, Norfolk said: “I come from a family of 9. For a really big family like mine, the holidays mean much more pressure on our parents – with me and my siblings at home there needs to be more meals, extra childcare, higher bills. For families fallen on hard times and for parents have lost their jobs because of Covid, the pressure to provide during the holidays must be overwhelming.”