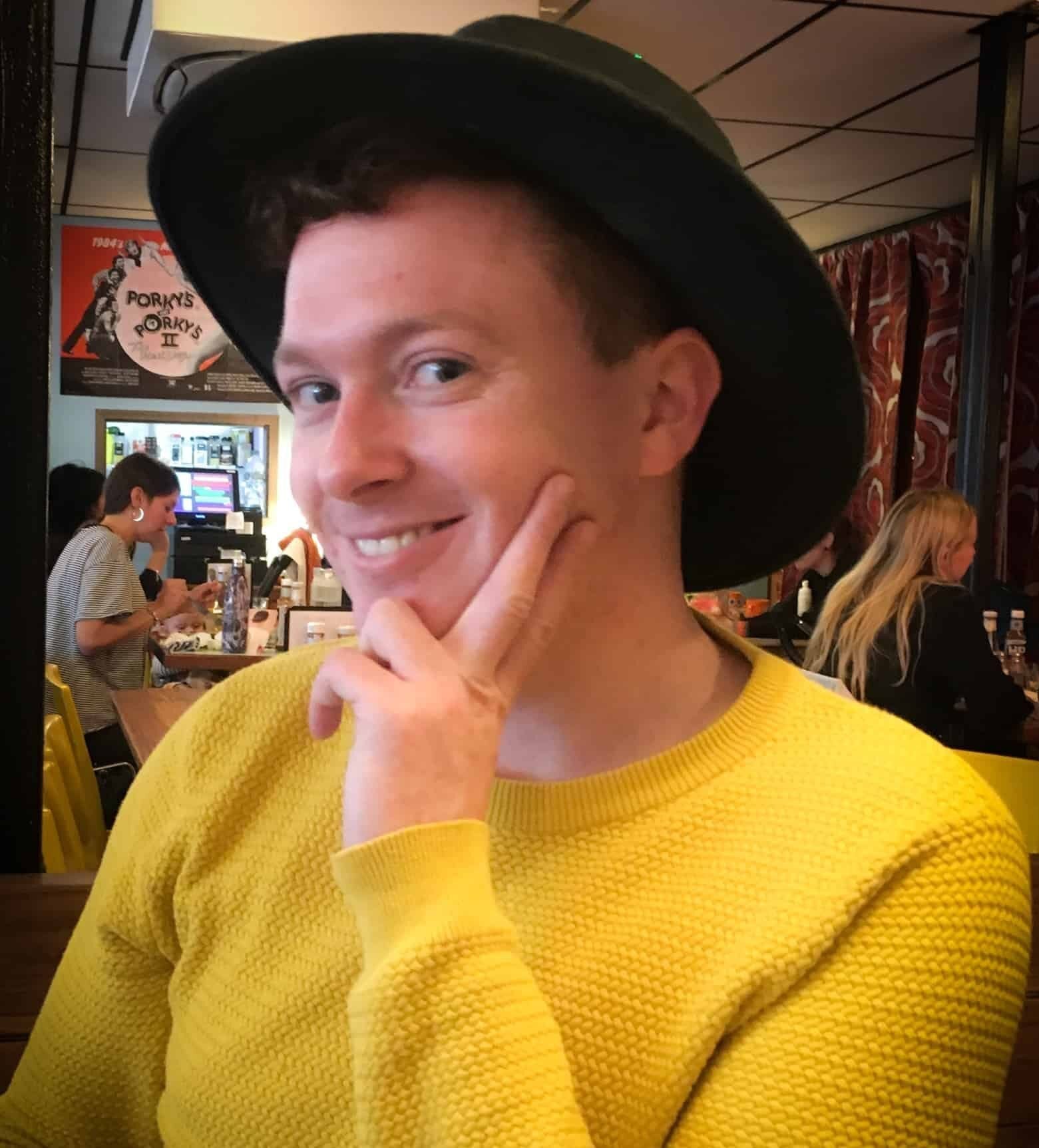 Can’t be bothered with Stephen Bailey

Stephen Bailey is one of my best friends. This weekend I travelled to Leicester to see him perform his latest show Can’t Be Bothered, as part of the Leicester Comedy Festival. I attended The University of Leicester, choosing to stay after my degree. So it was nice to go back to Leicester to see his show, hosted by Just The Tonic Hansom Hall.

Stephen’s show is amazing. His talents lie in really working the room. You will laugh throughout his show, as Stephen flits in between comedy sketches about his family, friends, and life in general. Stephen has an energy which fills the room, both engaging and flirting with the audience.

With an incredible sense of honesty, Stephen opens up about how in a world where we are talking about Brexit, being vegan, climate change, we are made to feel we are always not doing enough. He just can’t be bothered anymore. Or can he?

After driving back to London from Leicester last night, we had a sleepover. Despite being incredibly tired. I thought I would take this opportunity to interview Stephen over a brew, asking him 10 questions about the show and why he just – can’t be bothered.

Tell us about your show and why you chose the title Can’t Be Bothered for your tour?

The show is about the fact I can’t be bothered fighting and defending myself for being gay, northern and working-class anymore. When I chose this title I was at that stage where you are constantly being told you are not enough, you are not doing enough, the world is f**ked because of you. I’m just a boy from the North trying to pay my rent. It feels that everyone is having a go all of the time about not doing enough.

How would you describe your comedy?

What inspired you to get into comedy?

I have always had a working-class chip on my shoulder, looking at all of the middle-class people on TV. Then I saw Chelsea Lately and thought I had could do that.

What do you hope people will get from seeing your show?

I have to defend myself for being working class. Even my right to earn a living. Hold my boyfriend’s hand in the street. Defend my close friend for not being gay because he is associated with me. I’m so fed up. We tell everyone to be their true selves but only if their face fits.

We need to stop making people feel they have to apologise for who they are while in the same breath telling them to be who they are.

Recently you spoke about being rejected by an Arts Centre for being too mainstream? Talk to me about this?

The Arts community projects the notion that they embrace the working class, but they don’t. I have worked hard to play any room even in the most trying circumstances, but that’s not good enough.

You can read Stephen’s article on Can the working-class make it in the expensive arts for Broke Girl in the City.

Seeing people that come every year and look forward to seeing me. Seeing my regulars. On the negative side, a tour can be isolating.

Originally from Manchester, what are your favourite bits about playing in your hometown?

People are there to support you because you are one of their own. You see familiar faces – a person from primary school or people I worked with at Sainsbury’s. It’s a good vibe of people wanting you to do well.

What is your top tip for living your best life?

Don’t worry about everyone else just crack on.

{Stephen went on to discuss this with me in more detail} We all want what other people have but really the simple things in life are what usually make us really happy. Like our sleepover today, which doesn’t cost anything.

I would like a level of stability. {I then asked Stephen what would he like from 2020 career-wise to which he replied} Every year you want to feel like you are moving forward. Not stagnate or coast. I would love a voiceover job. Which I could do in my pyjamas with a packet of chocolate digestives.

Stephen Bailey is currently on tour so do check out his dates! I will be going to the London show. Check out the full tour info below for more details.

Comedian and star of Channel’5’s Celebs On The Farm Stephen Bailey is heading back out on the road in spring 2020 with a hilarious all-new show – Can’t Be Bothered. Stephen is ready and raring to go with 20 brand new dates announced around the UK in February and March next year.

In a time where everyone is expected to have an opinion on everything, Stephen just can’t be bothered. But by being complacent, does that make him complicit? This show is a very personal journey for him as for the first time, Stephen really shows his vulnerability on stage as he explores what it’s like to be a woke comedian – but he’s still funny!

“Stephen’s show was hilarious from the first line, and for the whole performance I don’t think a single joke died” – Voice Magazine