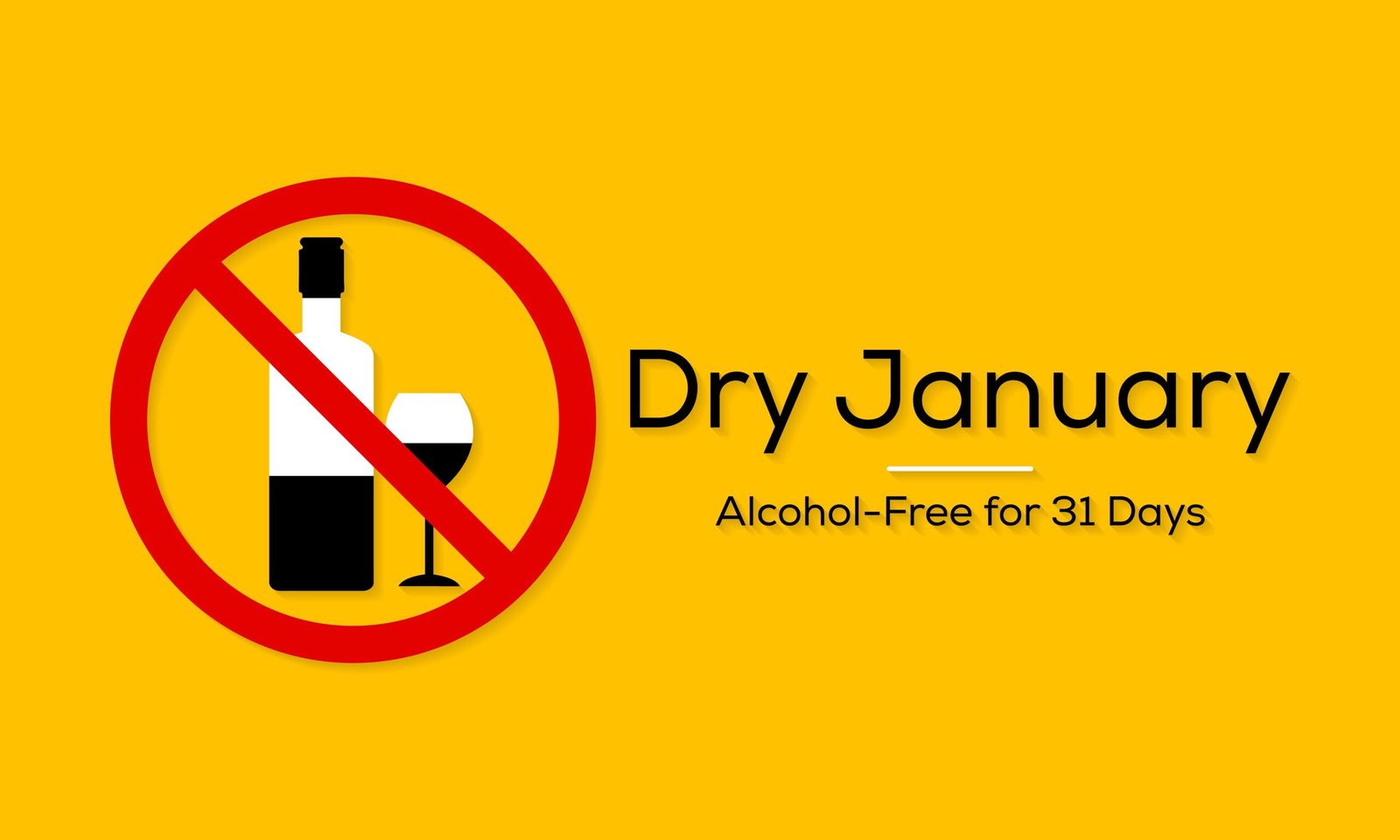 9 million people plan to go alcohol-free this January. Will you?

One in seven (17%) UK adults – estimated as 8.8 million people – plan to go alcohol-free for 31 days in January, with three in 10 looking to cut down generally in 2023
• One in four say they have drunk more in 2022 than in 2021, while for one in six the cost of living crisis was a reason for the increase in their drinking
• Of those planning to go alcohol-free, one in three said they would prefer to take part in Dry January with Alcohol Change UK
• Those who take on Dry January using the charity Alcohol Change UK’s free Try Dry app and/or daily motivational emails are twice as likely to have a month totally alcohol-free and experience many more benefits
• Low and no-alcohol brands Lyre’s, Mocktails and Lucky Saint partnering with Alcohol Change UK to offer drinkers alternatives this January

New research published by Alcohol Change UK, the charity behind Dry January®, shows that almost 9 million people in the UK are planning to have a month off drinking in January 2023. Up from an estimated 8 million UK adults last year. Of those, one in three (33%) said they would prefer to take part in Dry January® with Alcohol Change UK, rather than try to go alcohol-free in January on their own.

The survey, commissioned by Alcohol Change UK, shows that the cost of living crisis has impacted drinking habits over the last six months.

One in six (16%) people who drink alcohol said this had led to them drinking more to cope with worries around the crisis. One in seven (14%) have prioritised purchasing alcohol over essential items, such as groceries.

For one in three young adults who drink (36%), anxiety after drinking has also been a factor in deciding to reduce their alcohol consumption. Hangxiety – a term used to describe the experience of feeling anxious the day after drinking – appears more prevalent amongst drinkers aged 34 and under. With two in five (40%) experiencing it regularly, compared to a tenth (12%) of those aged 35 and over. For those aged 18-34, over a third (36%) said it was a contributing factor in their decision to reduce their drinking.

Over the course of a typical week, British drinkers, on average, drink 13.7 units of alcohol.

However, one in three (30%) drinkers typically drink more than the 14 units a week maximum recommended by the UK’s Chief Medical Officers, with twice as many men doing so compared to women (39% versus 22%).

Three in 10 (30%) drinkers said they would like to reduce how much they drink in 2023 (compared to 25% a year ago). Across all drinkers, half claim to already have taken measures to manage their drinking. The most common being having alcohol-free days (25%), drinking less on occasions where they are drinking alcohol (16%), having alcohol-free weeks or months (15%), or having an alcohol-free night out (10%).

This Dry January, Alcohol Change UK is partnering with low and no-alcohol brands Lyre’s, Mocktails and Lucky Saint to encourage those taking part to look at non-alcoholic options as part of their Dry January challenge.

January 2023 marks the 10th anniversary of the launch of Dry January.

Dry January® offers the perfect opportunity to manage your drinking for the longer term and a chance to get some amazing benefits along the way. Research shows that those who do Dry January® with Alcohol Change UK double their chances of success, and have more energy, improved concentration, boosted mood, save money and so much more. A month off alcohol also leads to lower blood pressure, cholesterol and diabetes risk, as well as lower cancer-related proteins in the blood.

Over the past 10 years, Dry January® has continued to grow in popularity with record numbers of drinkers signing up to take part both in the UK and elsewhere.

First launched in 2013, Dry January® was the brainchild of Emily Robinson from Alcohol Change UK (formerly known as Alcohol Concern).

“The idea of the Dry January® campaign first came to me after I decided to sign up for my first half-marathon. I wanted to be fitter and healthier, and I knew that alcohol makes it harder to get up every day and train. So I decided, just for one month, to give up alcohol in January.

“The mental and physical results were amazing. I slept better, had more energy, lost weight, and saved money.

“I also found that friends and colleagues were completely fascinated by my experiment, and more and more people wanted to speak to me about it. So, when I joined Alcohol Change UK (formerly Alcohol Concern) in 2012, I shared the idea with colleagues asking everyone to join in with taking a month off the booze in January.

“Ten years on, it’s wonderful to see how Dry January® has become the huge phenomenon it is today. I’m incredibly proud of the campaign and would encourage anyone who’s interested in feeling happier and healthier to give it a try.”

Evidence shows that Dry January® is an effective and lasting way to cut down. Research by the University of Sussex published in 2020 found that those signing up to take part in Dry January® using Alcohol Change UK’s free Try Dry app and/or coaching emails are twice as likely to have a completely alcohol-free month, compared to those who try to avoid alcohol on their own in January, and have significantly improved wellbeing and healthier drinking six months later.

“Over the past few years, things have been incredibly tough for so many people and the cost of living crisis is making things even tougher. This has led to more and more of us finding our drinking creeping up, particularly for those of us who were drinking more heavily to start with.

“Since its launch 10 years ago, Dry January® has provided a brilliant opportunity for hundreds of thousands of people to take a break from drinking and have a total reset.

“It helps you break habits you’ve fallen into and make long-term changes for the better. Also, It can help to relieve anxiety and helps you remember that you don’t need alcohol to have fun, relax, celebrate, unwind or anything else. It puts you back in control of your drinking.

“If you’d like to reset your relationship with alcohol, give Dry January® a try by downloading the free Try Dry® app or sign up at dryjanuary.org.uk. It could be the spark you need for a happier and healthier 2023.”

Those taking part in Dry January® get access to all of the free tools and resources from Alcohol Change UK, from its Try Dry app to its daily motivational emails.

We’d encourage anyone who’s interested in resetting their relationship with alcohol to download the free Try Dry® app. You can use it year-round to check your units, calories and money saved, and earn badges as you go.

How to take part in Dry January®

Download the free Try Dry® app via the App Store or Google Play. Via Try Dry® you will be able to receive optional daily coaching emails. Alternatively, you can sign up for just the email coaching programme at dryjanuary.org.uk.

Try Dry® allows people to track their units, calories and money saved not drinking, plus set personalised goals and earn badges year-round. People who take part in Dry January®, whether online or via Try Dry®, are twice as likely to spend the whole month alcohol-free, despite being heavier drinkers to start with (de Visser and Nicholls, 2020).

Other articles you may find of interest